The group 17 elements of the periodic table are made up of five chemically similar elements: 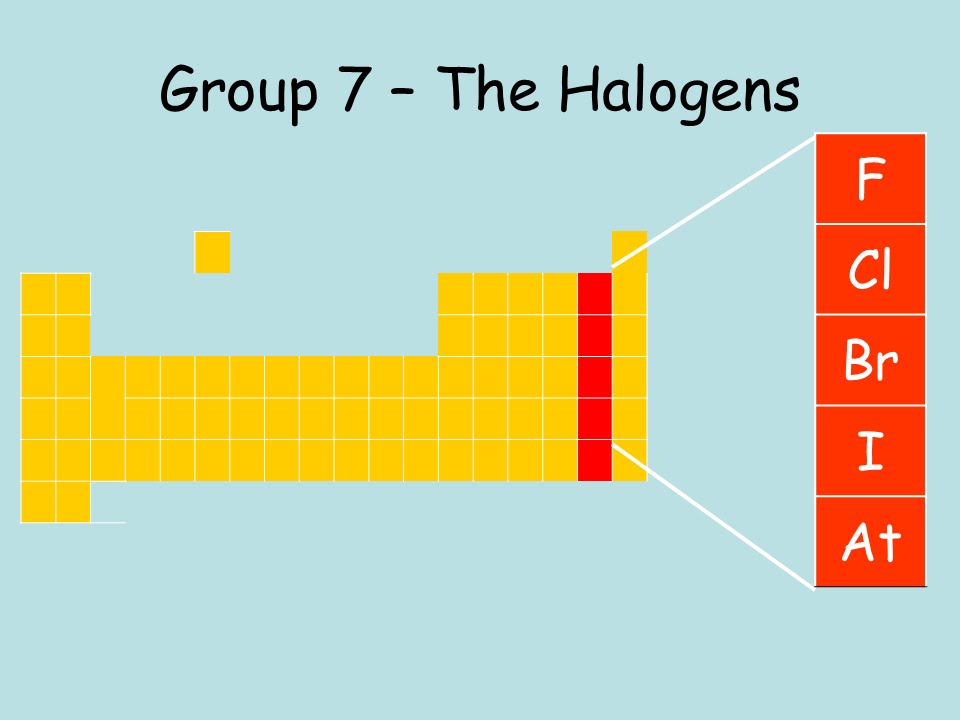 The term halogen has been derived from the Greek language which means salt producers, as halo means ‘salts’ and genes mean ‘born’.  The elements of the halogen group are highly reactive, non-metallic elements. These elements exhibit a gradual successive change in the physical and chemical properties of the elements.

Pauli’s exclusion principle is based on the quantum numbers defined by Pauli. He stated that all the four quantum numbers of any two electrons in an atom can never be identical. According to Hund’s rule, electrons get paired up in an orbital only after all the sub-shells consist of at least one electron in it. As per Aufbau principle, electrons of an element fill the energy levels in an increasing order. The general electronic configuration of group 17 elements is ns2np5. The electronic configuration of the halogen group is as shown below:

Hence, these elements consist of seven electrons in their outermost shell. Join BYJU’S to get your doubts clarified by our expert mentors.

Take up a quiz on Electronic Configuration- Halogen Group
Q5