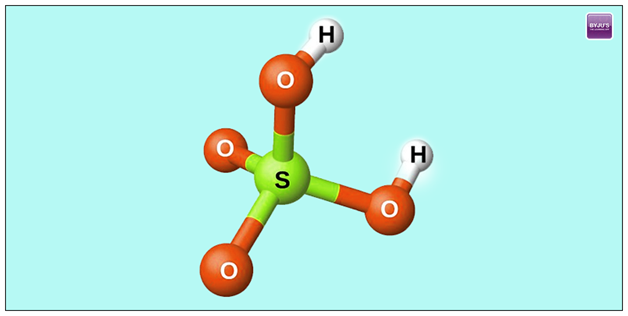 Chemical substances are the types of matter which have consistent compound composition and properties. They cannot be isolated into parts by the process of any physical separation techniques, i.e., or without breaking into synthetic bonds. Synthetic substances can also be chemical compounds or elements or particles.

Oxyacids and Ammonia are different substances of matter which have specific composition and properties.

Oxyacids are basically oxygen-containing acids. Most of the covalent nonmetallic oxides tend to react with water forming acidic oxides. These acids react with the water forming oxyacids which give out hydronium ions in solutions. There are few exceptions like carbon monoxide, nitrous oxide, nitric oxide.

An oxyacid can be defined as an acid that contains an oxygen atom which is bonded to the hydrogen atom and also at least one of the other elements.

One of the examples of an oxyacid is phosphorous acid and its structure is as shown below.

The strength of any oxyacid is up to what extent it gets dissociated into the water. In general, the oxyacid’s relative strengths are predicted based on its electronegativity and the oxidation number of its central atom of nonmetallic in nature.

The salts of an oxyacid are the compounds which are formed when this acid reacts with the base, which is as shown in the below equation

This kind of reaction is called neutralisation, due to the solution is made neutral. Phosphoric acid, Sulfuric acid, and nitric acid are all examples of oxyacids. 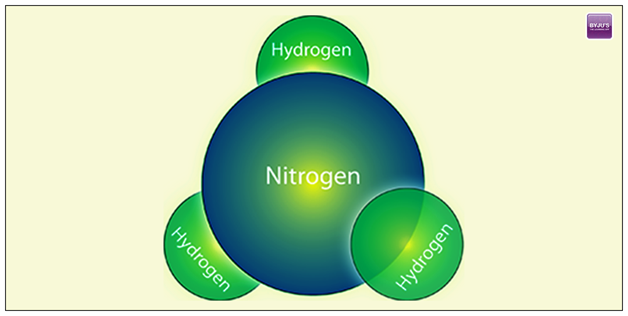 Ammonia is a chemical compound and a colourless gas which is around one-half denser than that of air at ordinary room temperatures and also pressures. Ammonia tends to form the minute proportion of the earth’s atmosphere; this gas is also found in some of the volcanic gases and also forms as a product of the decomposition of vegetable and animal matter. It is also called alkaline air and even as volatile alkali.

Ammonia gas is made up of hydrogen and nitrogen. It is one of the simplest stable compounds of elements and also serves as the starting material in the production of various commercially important compounds of nitrogen.

The boiling point of ammonia is about −33.35 °C and is said to freeze at about −77.7 °C. The high heat of its vaporization is handled as a liquid in the form of thermally insulated containers. The molecules of ammonia have a trigonal pyramid shape having three hydrogen atoms and an unshared pair of electrons which are attached to the atom of nitrogen.

It is a type of polar molecule that is associated due to strong hydrogen intermolecular bonding. Ammonia is said to have a dielectric constant of 22 at −34 °C [−29 °F], which is lower than that of water. Hence its serves better as a solvent for all organic materials. It has a self-ionizing property, although it is less than that of water.

Question on Oxoacids of Halogens 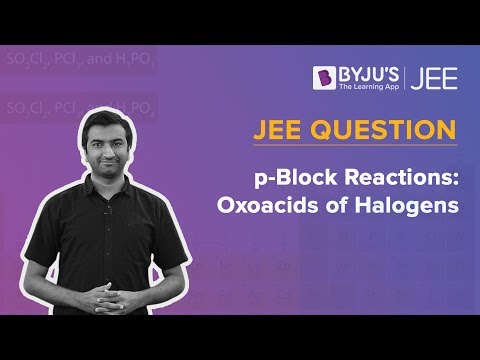 To learn more about the preparation of ammonia and more, download BYJU’S – The Learning App.

Take up a quiz on Oxyacids and Ammonia
Q5