1. The Houthi attack on the United Arab Emirates

Mains: Impact of the developments in Yemen on the regional stability

Who are the Houthis?

The rise of the Houthis:

Involvement of the regional powers:

1. Escalation of the ‘forgotten war’ in Yemen

Mains: – Houthis-UAE Conflict and geopolitical concerns associated with it.

This article discusses the Houthis-UAE Conflict and geopolitical concerns associated with it.

What is the Houthis-UAE Conflict? 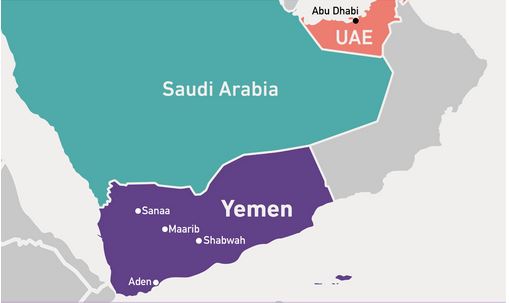 Why would the Houthis target the UAE?

What are the Geopolitical Competitions?

The UAE may find the de facto partition of Yemen acceptable as it would retain its control over the southern ports and the Bab el-Mandeb Strait, and manage the south. With limited interest in the conflict in the international community, this will remain a “forgotten war”.

Context: – In the light of India’s obligation to the genocide convention, the article speaks about the need for law on genocide in India

What is a Genocide?

What is the Genocide Convention?

Objectives of the Convention: –

India and its Obligation under the 1948 Genocide Convention

What is  Recent International Legal Development?

In the overall analysis, it is more imperative than ever that international legal protections against genocide are incorporated in domestic legislation. Preventing genocide remains a challenge that nations, institutions, and individuals continue to face.

2. The controversy over the proposed steel plant in Odisha

Q1. Consider the following statements with regards to the Beating Retreat Ceremony and choose the ones which are incorrect:

Q2. Which of the following nations recently relocated its capital due to the rising sea levels?

Q3. The famous ‘Silent Valley’ environmental movement was associated with which of the following states?

Q4. ‘Mikir Hills’ form a part of the border dispute between which of the following states?

Q5. In the context of which of the following do some scientists suggest the use of cirrus cloud thinning technique and the injection of sulphate aerosol into the stratosphere? (UPSC-2019)