Rajya Sabha TV programs like ‘The Big Picture’, ‘In Depth’ and ‘India’s World’ are informative programs that are important for UPSC preparation. In this article, you can read about the discussions held in the ‘Big Picture’ episode on “Facial Recognition – Uses & Concerns” for the IAS exam. 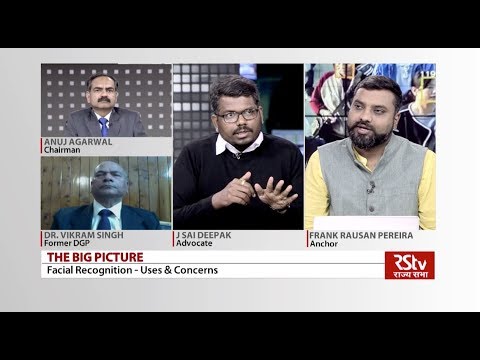 What is the Facial recognition system and how is it integrated in the larger system?

How can the technology be used by the police force? What kind of impact does it have on their duties and responsibilities?

Are there sufficient regulations present to regulate the technology?

What is the current utilization of the technology in the country?

Could the technology be used for mass surveillance purposes?

What impact would it have on an Individual’s right to privacy?

What are the issues associated with the Facial recognition system?

Although it is still a nascent technology, with proper safeguards, it could be a useful technology for India and its current needs. However, India must embark on the process of indigenization when it comes to critical technologies which have a bearing on privacy and thus it is time the government takes the R&D of this particular technology seriously as seen in the case of Israel and China, such that India’s reliance on the foreign technology is reduced. Considering that India also has the largest IT workforce, it is time that it starts delivering goods by coming out with products more than just services.