The Good Samaritan Law is a bill passed by the Supreme Court of India on March 26, 2016. It helped protect individuals who helped accident victims from legal interventions.

Later, it was included in the draft of the Motor Vehicle Act 2019.

This article will further give details about the Good Samaritan Law within the context of the IAS Exam.

Who is a Good Samaritan?

Before we go into detail about the Good Samaritan Law, we must understand who is a Good Samaritan. In layman’s terms, a Good Samaritan is someone who goes out of their way to help an individual in their time of need without expecting anything, financial or otherwise, in return.

Keeping the law in mind this term can only be applied to those who voluntarily helped those who were injured in a road accident.

Description of the Good Samaritan Law

The Good Samaritan law was created to protect individuals who help accident victims from any legal proceedings. The legislation requires and encourages an individual to come to the rescue of another suffering from injury.

The Good Samaritan law is the only legislation which allows an individual who, with a good intention and bonafide faith without expecting any kind of favors such as reward or payment in return

In addition, the legislation protects the Good Samaritan from harassment by law enforcement and any sort of liability which may be the result of negligent acts or omissions on the part of the rescuer.

To know more about the Road Safety and Motor Vehicles (Amendment) Bill 2019, visit the linked article.

Aspirants can know the important pointers related to Goods Samaritan Law on the video at (20:10) minutes. 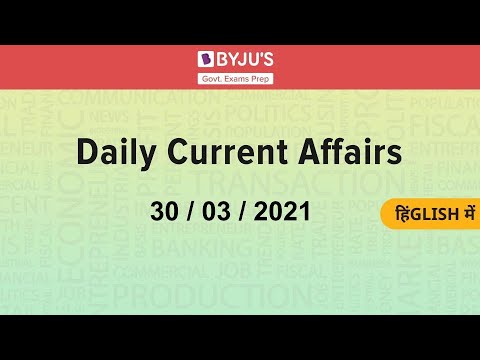 Why is the Good Samaritan Law needed?

After China, India has the largest number of road accidents in the world. As per the Ministry of Road Transport and Highway, 1317 crashes and 413 everyday or 55 crashes and 17 deaths happen every hour due to accidents.

The medical community states that more than 50% of accident victims die because they don’t receive treatment during the Golden Hour. The Golden Hour is a time window during which an immediate medical intervention can prevent death. Only bystanders are capable of intervening during the golden hour.

The reason bystanders don’t help the accident victims is fear of legal intervention and harassment. In addition they are also forced to undertake any medical expenses that come about when helping an accident victim.

Find notes on UPSC Polity by visiting the linked article.

The Good Samaritan Law has been implemented keeping in mind the following objectives:

The features of Good Samaritan Law are as follows:

Impact of the Good Samaritan Law

Although it’s been five years since the passing of the judgement, it has been found that as per the statistics 84% of citizens have no clue about the existence of such a law. And, nearly, 59% of the Good Samaritans were illegally detained at the police station and hospitals and were compelled to do the legal paperwork. The lack of awareness among the general public is only leading to a misuse of the law by the law enforcement.

What does the Good Samaritan Law cover ?

The Good Samaritan Act is a law which protects any volunteer giving aid to an injured person in an emergency situation. The Good Samaritan Law offers legal protection in the form of exemption from lawsuits and liability, acting as a safeguard to those who help another in a real emergency, life-or-death situation.

Who is not protected by the Good Samaritan law?

Statutes typically don’t protect a person who provides care, advice or assistance in a willfully negligent or reckless manner. However, like any type of legislation, Good Samaritan laws are interpreted in court and the results may not benefit the bystander.