Rajya Sabha TV programs like ‘The Big Picture’, ‘In Depth’ and ‘India’s World’ are informative programs that are important for UPSC preparation. In this article, you can read about the discussions held in the ‘Big Picture’ episode on “India – Pakistan Downgrading Ties” for the IAS exam. 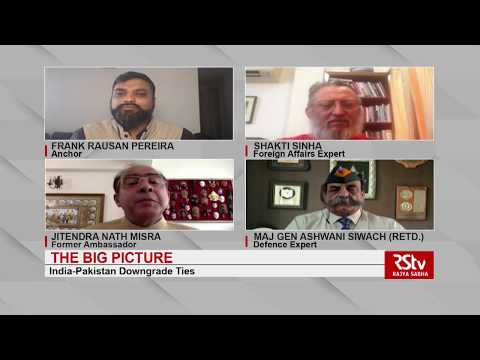 India has decided to reduce the staff strength in the Pakistan High Commission in New Delhi by 50%. India, in a reciprocal move will also scale down its own presence in Islamabad to the same proportion.

Fundamental reasons for tensions between India and Pakistan-

Pakistan’s response- after the  abrogation of Article 370 by India:

Continued acts of terrorism despite the lethargic condition of Pakistan’s economy :

Maj. Gen. Ashwani Siwach (Retd.), Defence Expert- “Pakistan army is a rich army which has a poor country. It is the army in Pakistan which is running parallel economy”

Why is it difficult to continue constructive dialogue with Pakistan?

What does India need to be watchful of  in the future?

Impact of degrading ties between the two nations on sports:

Benefits of Abrogating Articles 370 And 35 A: