Rajya Sabha TV programs like ‘The Big Picture’, ‘In Depth’ and ‘India’s World’ are informative programs that are important for UPSC preparation. In this article, you can read about the discussions held in the ‘Big Picture’ episode on “Innovation Challenge: Is IT Sector Ready” for the IAS exam. 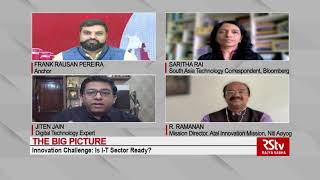 What has been holding Indian tech companies back?

What is the quality and standard of existing Indian Apps?

What potential our existing Apps have & agenda for boosting them in Track 1:

Why are tech giants (MNCs & Indian tech giants) reluctant to invest in R&D in India?

How to create a conducive ecosystem for innovation to thrive?

Focussing on the IT sector – Who benefits the most?