In the beginning of the 20th century, a new class of national leaders emerged in India which was different from the moderate group. They took a more aggressive stance against the British Empire. They were typically younger and did not believe in the soft and persuasive approach of moderate leaders.

This is an important topic for UPSC and is also relevant for different government exams.

Download Indian National Movement notes PDF from the link given below. 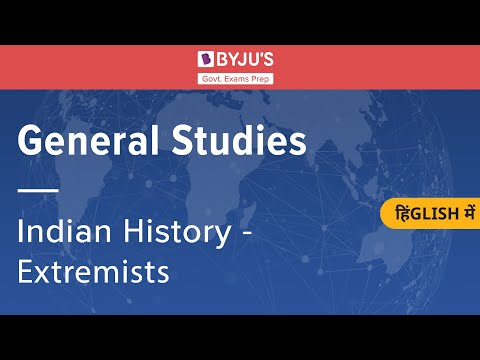 Q 1. Who were the extremists?

Ans. In the beginning of the 20th century, a different group emerged which had a rather aggressive approach against the British Empire. This group was called the Extremist and did not believe in the peaceful stance of the Moderate leaders.

Q 2. What was the Extremist ideology of freedom?

Ans. The Extremists believed in the ideology of ‘Swaraj’ which meant complete freedom from British rule. They did not stick to constitutional methods to protest and demand. They resorted to boycotts, strikes, etc. They were different from the Moderate leaders as Moderates were only demanding an increased share of Indians in the administration and military system.