On Feb 24, 2022, Russia launched a full-fledged invasion of Ukraine. Know more about this in the link given. This page gives a background of the issue with an analysis of the developments before the invasion.

The tensions on Ukraine’s border with Russia are at their highest in years. Fearing a potential invasion by Russia, the US and NATO are stepping up support for Ukraine. In this article, we explain the reason for tensions between Russia and Ukraine, the latest developments, the stand of various stakeholders in the region, and the way forward for the UPSC exam IR segment. Post the disintegration of the Soviet Union, Ukraine gained independence in 1991. Importance of Ukraine to Russia

The chief reasons for Russian aggression are discussed below.

Russia has been indulging in military build-up along its border with Ukraine, an aspiring NATO member. Russia has stated that its troop deployment is in response to NATO’s steady eastward expansion. Russia argues that its moves are aimed at protecting its own security considerations. 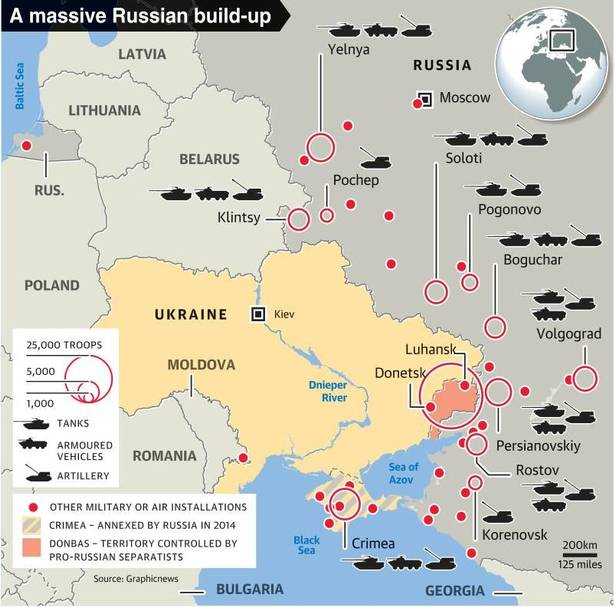 The response from the West

What implications does the Russia – Ukraine crisis have on India? This is discussed in this section.

What is the relation between Russia and Ukraine?

Why did Ukraine not join NATO?

Although Ukraine has no membership offer from NATO, it has been closer to the alliance since its establishment in 1997. Plans for NATO membership were dropped by Ukraine’s President Viktor Yanukovych, who preferred to keep the country non-aligned.

Is Crimea a part of Russia?

The majority of the world considers Crimea to be a part of Ukraine. Geographically, it is a peninsula in the Black Sea that has been battled over for ages due to its strategic importance. In 2014, Russia invaded and annexed Crimea which was a part of Ukraine due to its declining influence over the region and emerging insecurities.