In February 2022, Russia launched an invasion of its southwest neighbour Ukraine. The invasion is by land, air and sea and according to many, is the largest conventional military invasion since the Second World War. This is a very important development in international affairs and has ramifications for the entire world including India. In this article, you can read all about the ongoing invasion, its effects on Ukraine, Russia, India and the world, for the IAS exam IR segment. Russia signed an order to officially recognise the independence of two separatist regions of Donetsk and Luhansk in eastern Ukraine.

Know more about the background of the Russia Ukraine conflict which has been brewing since 2014 in the link given. 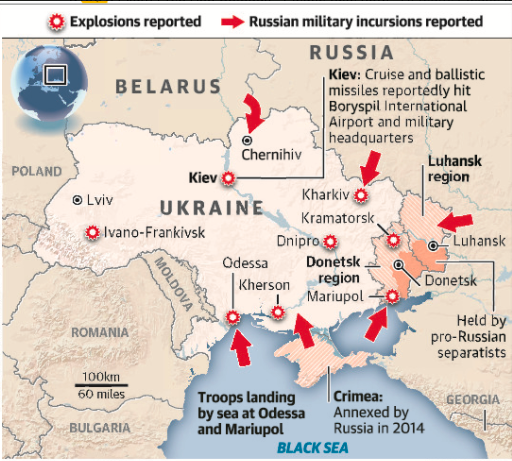 Russia’s reason for the invasion

Violations of International Laws by Russia

Consequences of the Russian Invasion of Ukraine

On the Rest of the World