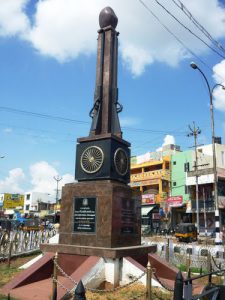 The first major mutiny by the Indian sepoys against their British masters erupted on 10th July 1806 at Vellore in present-day Tamil Nadu. Though the mutiny lasted only a day, it sent shock-waves to the British establishment.

The Vellore Mutiny is an important part of modern Indian history. This mutiny occurred well before the Revolt of 1857, and its brutal suppression is also deemed responsible for the sepoys from the south not taking a part in the larger revolt in 1857. This is very important for the IAS exam, especially for the UPSC prelims exam.