The walled city of Ahmedabad on the eastern banks of Sabarmati river presents a rich architectural heritage from the sultanate period, notably the Bhadra citadel, the walls and gates of the Fort city and numerous mosques and tombs, as well as important Hindu and Jain temples of later periods.

Constitutional and legal position of the State having its own flag:

2. Do what you feel is good for your faith and let others do the same: Chief Justice of India

1. Cyberattack link to glitches in RJio, NSE under probe

2016 data breach: In 2016, security codes of around 32 lakh debit cards were breached and several users reported unauthorised transactions from locations in China. 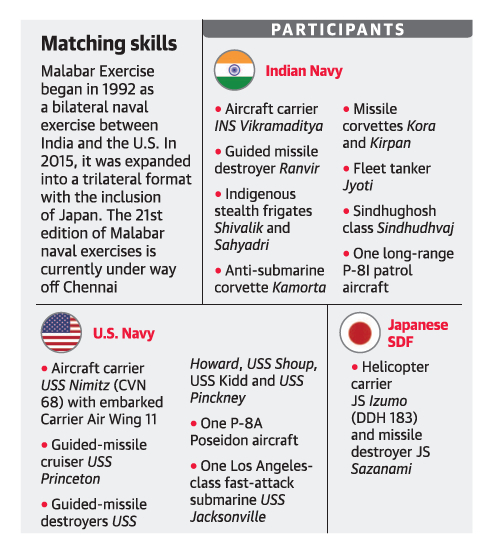 Exercise not aimed at China

The thrust of the exercise at sea this year would be on aircraft carrier operations, air defence, anti-submarine warfare (ASW), surface warfare, visit board search and seizure (VBBS), joint manoeuvres and tactical procedures.

Results of the Research

Other positive effects of using ‘Curcumin’

The Walled City of Ahmedabad, founded by Sultan Ahmed Shah in the 15th century, has been declared India’s first World Heritage City.