1. It’s either salary or pension for regulatory body chiefs Background information: The scheme was started in 2006-07, under which farmers are eligible for interest subvention of 2% for crop loans of up to ₹3 lakh.

Scheme objective: The objective of the scheme is to make available at ground level, agricultural credit for short-term crop loans at an affordable rate to give a boost to agricultural productivity and production in the country.

2. What’s up with Bosphorus? 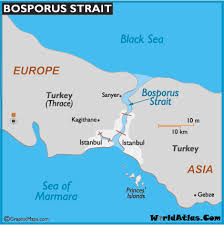 GBD is based out of the Institute for Health Metrics and Evaluation (IHME) at the University of Washington and funded by the Bill and Melinda Gates Foundation.

Topic: In a Safe Lane- The Hindu
There is some concern that the move to amend Motor vehicle Act overly emphasizes the concurrent jurisdiction of the center at the cost of State powers ,but the proposed changes comes after a long consultation exercise.