The Centre has denied a Right to Information (RTI) request for details of the ongoing recruitment process for four vacancies in the Central Information Commission (CIC), despite a recent Supreme Court order mandating that such information be made public.

Term of office for CIC

Sri Lanka has opened a new railway line, built with China’s assistance, connecting its coastal city of Matara and Beliatta in Hambantota.

IMF Chief Economist Gita Gopinath revealed details about the global growth at the release of the World Economic Outlook 2019 April report, at the start of the World Bank IMF Spring Meetings.

What is the reason for slowdown of global economic growth?

Further course of action for India as suggested by the IMF: 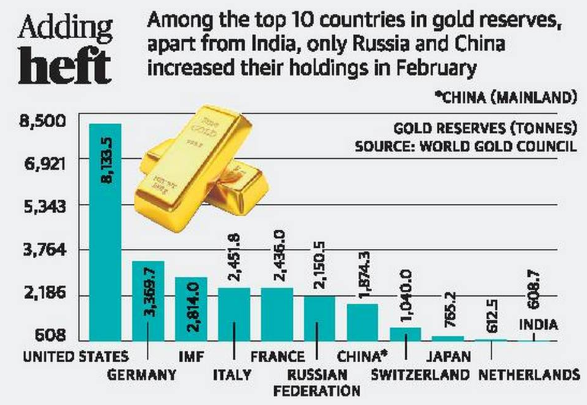 1. Technology and the unhurried mind

What is the VVPAT and how does it function?

Why is the VVPAT necessary?

What problems have been encountered?

Is the current rate of VVPAT recounts enough?

(This is a reflection of the points covered in the article “Closure of Cynicism”, published by the Hindu on the 10th of April, 2019).

Brief Background on the Constitution (One Hundred and Twenty Fourth Amendment) Bill, 2019

The importance of ‘shall’:

Beginning of an end: Perspectives from a Recent Study:

Under-representation of SCs/STs/OBCs: A Perspective

4. The right to criticise

1. Brexit and the fragility of the U.K.

This article focusses largely on the history of the U.K. with a special focus on Ireland and Scotland, factoring in the impasse over Brexit. The article in its entirety is not needed for the UPSC examination; however, some of the factual points covered from a historical context can be helpful while writing essays and mains level answers.

A quick look at U.K.’s polity:

The Jallianwala Bagh massacre, also known as the Amritsar massacre, took place on 13 April 1919 when troops of the British Indian Army under the command of Colonel Reginald Dyer fired rifles into a crowd of Indians, who had gathered in Jallianwala Bagh, Amritsar, Punjab. The civilians had assembled for a peaceful protest to condemn the arrest and deportation of two national leaders.

Ministry of Human Resource Development (MHRD) launched the National Institutional Ranking Framework (NIRF) in 2015. NIRF has laid down a methodology for ranking institutions across India. The rankings, published annually since 2016, are based on multiple parameters, including teaching, learning and resources; research and professional practice; graduation outcomes; outreach and inclusivity; and the perception of the public, academics and employers. In addition to excellence in teaching, learning and the research culture, the framework also includes parameters such as inclusiveness and diversity.

The Udyam Abhilasha campaign is launched by SIDBI to promote entrepreneurship in the 115 aspirational districts identified by NITI Aayog.

India is the second largest producer of fish and fresh water fish in the world. Fish production in India is estimated at 11.4 million tonnes, out of which 68% is registered from inland fisheries sector and the remaining 32% from marine sector. Constituting about 6.3% of the global fish production, the sector contributes to 1.1% of the GDP and 5.15% of the agricultural GDP.  The rapid increase in the production of fish and marine product through package programme is called as blue revolution. It was launched in India during the seventh Five-year plan (1985-1990).

The United States and Morocco have launched GCTF Terrorist Travel Initiative under auspices of Global Counterterrorism Forum (GCTF). The initiative brings together stakeholders to share expertise on developing and implementing effective counterterrorism watch listing and screening tools. It was launched on sidelines of United Nations General Assembly (UNGA) session in New York. India is a founding member.