The National Health Mission (NHM) has given first rank to Rajasthan among 16 States in the implementation of its flagship free medicine scheme.

U.S. President Donald Trump has named India as one of the countries that ought to be fighting the Islamic State (IS) in Afghanistan.

The Supreme Court has referred a batch of petitions challenging a government notification banning private companies from manufacturing Oxytocin to a larger Bench.

Intelligence inputs have warned that Pakistan is recruiting Afghan and Pashtun fighters for infiltration into Kashmir and over 100 of them are positioned at various launchpads along the Line of Control (LoC). 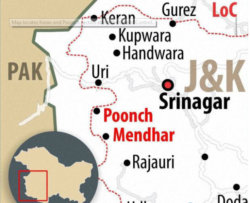 2. India-U.S. 2+2 meeting being held in California

Amid increased India-Pak tension, the United States is hosting an intersessional meeting of the US-India 2+2 Dialogue in California to discuss ways to advance cooperation on critical diplomatic and security priorities.

The government has announced a new scheme aimed at eliminating the bulk of pending tax dispute cases besides providing partial amnesty to those having tax dues.

Russia launched an unmanned rocket carrying a life-size humanoid robot that will spend 10 days learning to assist astronauts on the International Space Station.

Fedor not the first:

The United Nations, in a report said, Technological innovations from unique digital identities for drought-hit farmers to use of data from drones and social media, can better predict increasingly complex disasters in the Asia-Pacific region and limit their impact on vulnerable people.

1. Microplastics in drinking water not a health risk for now: WHO

The World Health Organization (WHO) said that the level of microplastics in drinking water is not yet dangerous for humans but called for more research into potential future risk.

Foreign investors who have been fleeing the country since the Union budget have something to cheer about finally.

India’s current economic slowdown is due to a combination of two underlying trends.

Prescription to meet slowing demand is to increase government expenditure.

On the structural reforms that are needed to push the economy onto a sustained high growth path, much can be said.

1. Why is age of marriage different for men and women?

Why a minimum age?

How the law evolved?

The challenge in court

More recently, investigating agencies have sought to employ these tests in investigation, and are sometimes seen as being a “softer alternative” to torture or ‘third degree’ to extract the truth from suspects.

Are Indian investigators allowed to put suspects through these tests?

Why has the CBI sought to use these tests in the PNB case?

How are passport ranks and scores interpreted?

What assumptions does the index make?

What does this mean for Indian passport holders?

2. No need for third party mediation in Kashmir: Emmanuel Macron

Both statements are correct. It aims to connect the ancient Chinese trading town Kashgar in Xinjiang with Pakistan’s deep-sea Gwadar port in Balochistan.

The Financial Action Task Force is an intergovernmental organization founded in 1989. It was founded on the initiative of the G7 to develop policies to combat money laundering. In 2001 its mandate expanded to include terrorism financing. It is headquartered in Paris in France.

Oxytocin is a hormone that is made in the brain, in the hypothalamus. It is secreted by the pituitary gland, which is located at the base of the brain. It acts both as a hormone and as a brain neurotransmitter. Oxytocin is a first-line drug administered to save the lives of young mothers suffering from excessive bleeding immediately after childbirth.