What is the polar vortex? 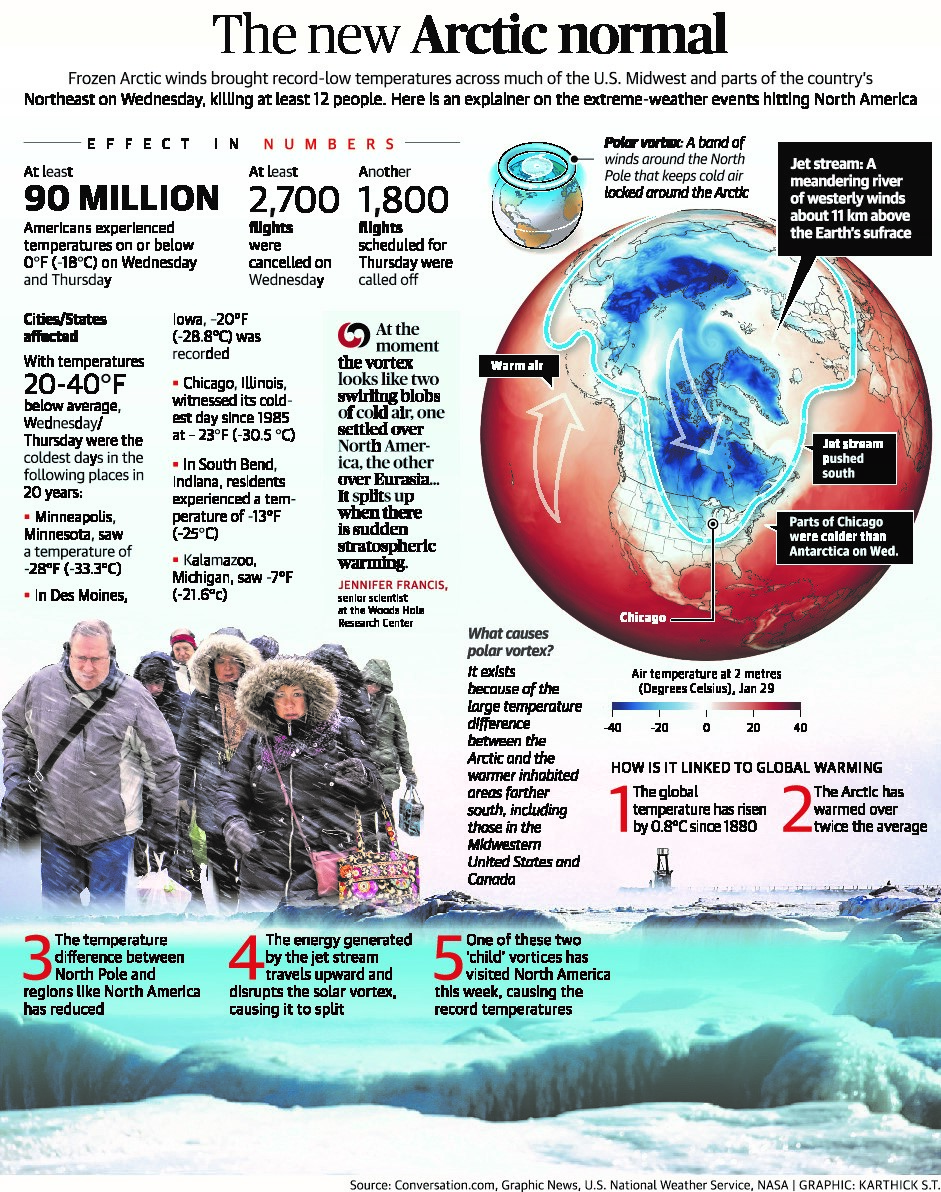 Some basics to understand the new rules

3. Only an interim Budget, says PM

Fears of a Possible Conflict:

1. Is there a case for reservation for the forward classes?

This is an analysis-based article which presents different perspectives to the reader on whether or not there exists a case for reservation for the forward classes. UPSC aspirants would benefit from these points as they can use much of this content to present answers on the topic in case it is asked in the UPSC Mains Examination, be it as a part of the General Studies- II paper or the Essay paper.

The points mentioned here, take the view that social justice is not possible if we exclude the economically backward sections of our society.

A move to help the poor

The test of constitutionality:

The points mentioned here, take the view that when you allow reservation for the advanced classes, it changes the meaning of reservation.

Is this the new poverty line?

The points mentioned here, take the view that nothing stopped the government from providing jobs or scholarships to the poor.

The crux of what happened:

1. Celestial billboards spark debate on who owns the sky

Select the correct ones

An interim Budget is a complete set of accounts, including both expenditure and receipts. It is a full budget but made by the government during the last year of its term – i.e. just before the election. But it cannot contain big policy proposals.

– The India Water Impact Summit is an annual event where stakeholders get together to discuss, debate and develop model solutions for some of the biggest water related problems in the country. India Water Impact Summit 2018, had organised by the National Mission for Clean Ganga (NMCG) and the Centre for Ganga River Basin Management and Studies (C-Ganga) in December 2018 in New Delhi

Tiger only have one species in the world but it is divided into six subspecies: Bengal (Indian), Sumatran, Amur (Siberian), Malayan, Amoy (South China) and Indochinese.

Namdapha National Park is located between the Dapha bum range of the Mishmi Hills and the Patkai range in Arunachal Pradesh. Noa-Dihing River, a tributary of the Brahmaputra which flows westwards through the middle of Namdapha Country’s only reserve to have four big cat species — the tiger, leopard and the severely endangered clouded and snow leopards