What does the By-law say?

1. New anti-terror clause will not be misused, says official

The Unlawful Activities Prevention (Amendment) Bill, 2019 passed in the Lok Sabha this week.

The home minister has defended the amendments stating “We have always said that we must have the strictest laws to deal with terror. There is a need to designate as terrorists individuals who participate in terror activities, radicalise youth and lure them into such activities, help terrorists and provide funds to terrorists. Such a provision is there in the US, China, Israel, European countries and even in Pakistan.”

Congress MP Rajeev Gowda has moved a private member’s bill –  The Representation of the People (Amendment) Bill in the Rajya Sabha.

The Supreme Court has sought the response of the Central government, the National Human Rights Commission (NHRC) and the State governments to a plea for the implementation of its July 2018 judgment laying down preventive, remedial and punitive measures to combat lynching.

Laws to tackle the menace of Mob Lynching:

4. Substandard teacher training colleges to be shut down

As per the recommendations of the draft National Education Policy, the National Council for Teacher Education has begun the process of weeding out substandard teacher training colleges.

Cambodian Prime Minister Hun Sen has denied a report that his country had signed a secret agreement with China to allow the Chinese navy to use a naval base in the Gulf of Thailand. 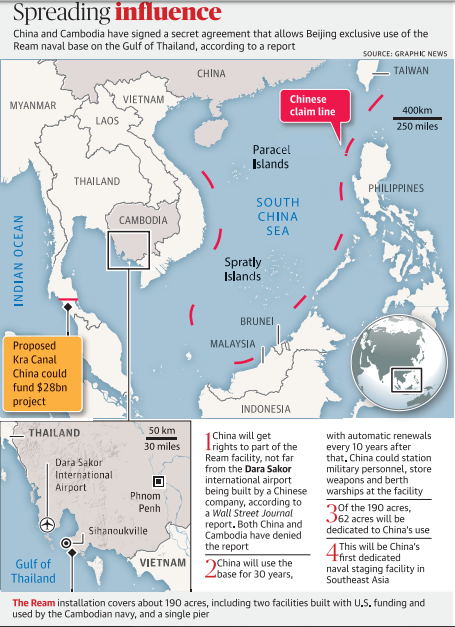 With Assam inundated by floods, several countries including China, Russia and France collaborated with India on sharing satellite images of the scale of inundation.

Telecom Secretary and Telecom Commission chairman Aruna Sundararajan has said that India’s telecom sector will create up to 3,00,000 jobs in the next 18 months.

1. Kerala may have undercounted jumbos

The response to a question in the Lok Sabha on India’s elephant numbers has indicated that Kerala may have undercounted almost 2,700 elephants in the latest elephant census. 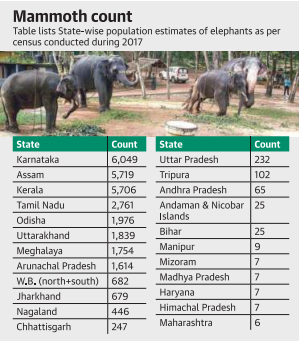 And what is the controversial part?

In an ideal scenario, it could be win-win for all: Indian government raises loans at interest rates much cheaper than domestic interest rates, while foreign investors get a much higher return than is available in their own markets.

Then why are so many cautioning against this move?

When a full moon occurs at its Perigee, it is called a supermoon. The second full moon in a month is called a “Blue moon”.[/su_spoiler]

The Geneva Conventions comprise four treaties, and three additional protocols, that establish the standards of international law for humanitarian treatment in war. India is party to the 1949 Geneva Conventions and several weapons treaties but not the 1977 Additional Protocols.[/su_spoiler]

a. A type of superbug.
b. A dragon tree species that has been reported from India.
c. A newly found drug to combat wombat-killing disease
d. Most deadly bug responsible for destroying cotton produce

Researchers have discovered Dracaena cambodiana – a Dragon tree species in Assam’s West Karbi Anglong dist. The plant yields dragon’s blood — a bright red resin. This is for the first time that a dragon tree species has been reported from India.[/su_spoiler]

Wombats are short-legged, muscular marsupials that are native to Australia. They are endemic to Australia and a few offshore islands. They are largely nocturnal and walk on all four limbs.[/su_spoiler]