1. No light down the rabbit hole of online political advertising

With politicians and political parties increasingly embracing the digital advertisement platform to influence the voters, there is an urgent need to regulate these more effectively to ensure free and fair elections.

The President of India issued a notification to define the districts in the two new UTs of Ladakh and Jammu and Kashmir that came into being on October 31 as per the J&K Reorganization Act, 2019. The Survey of India has redrawn the map of India to depict these changes. 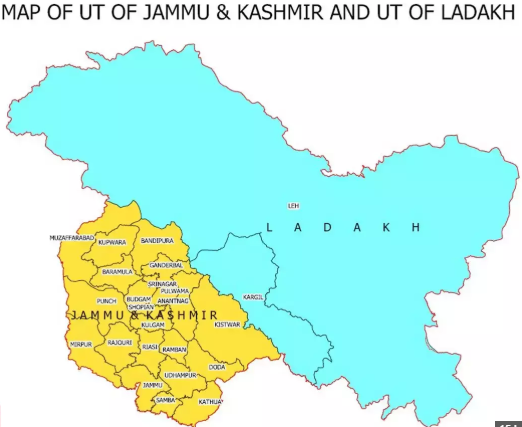 The draft rules that would govern wages, including norms for minimum wages and fixing floor-level wages, were published by the Union Labour and Employment Ministry, leading some workers’ unions to raise concerns about the potentially low floor wages.

Details of the draft rules:

The World Bank’s Doing Business 2020 study, showed that India improved 14 places from 77 to 63 out of 190 countries in the Ease of Doing Business (EODB) rankings.

Doubts regarding the approach to EODB rankings:

The West Bengal government has allowed the tea industry to use 15% of land in a tea garden for other economic activities, including tea tourism and horticulture.

The Council of Scientific and Industrial Research (CSIR) has finished conducting “whole-genome sequence” of a 1,008 Indians as part of a programme called “IndiGen”.

What is Genome sequencing?

1. Why is the telecom sector under stress?

The Supreme Court of India upheld the Department of Telecom (DoT)’s interpretation of “adjusted gross revenue” (AGR), subsequent to which the telecom companies will have to pay an estimated ₹1.4 lakh crore to the government, within the next three months. This comes as a huge blow to the already distressed sector.

Stress in the telecom sector:

Demands of the telecom industry:

1. Bru refugees in Tripura continue to stage blockade over deaths in relief camp

The tree is endemic to several districts in Andhra Pradesh and some parts of Tamil Nadu and Karnataka.

The International Union for Conservation of Nature (IUCN), an international organisation for nature conservation, has now reclassified red sanders (Pterocarpus santalinus) as ‘near threatened’ from the earlier ‘endangered’.

It is not aromatic.

The Directorate General of Foreign Trade (DGFT), an agency of the Ministry of Commerce and Industry, has revised its export policy to permit the export of red sanders if it is obtained from cultivated land.

Astrosat is India’s first dedicated multi-wavelength space telescope. Astrostat telescope has a unique feature of being capable to cover the full spectrum of wavelength, from visible light to the UV to X-ray bands, simultaneously. Indian astronomers who used to rely on international resources for X-ray and UV data are now empowered with the indigenous Astrostat.

The HQ is in Beijing.