1. Centre plans NRC exercise all over the country: Amit Shah

Home Minister has said that the process of creating a National Register of Citizens (NRC) will be undertaken across India and that the exercise will be repeated in Assam whenever it is done.

The issue has been covered in 11th October Comprehensive News Analysis, under the Editorial titled “Do we need a countrywide National Register of Citizens?”. Click here to read.

The U.S. Senate has unanimously adopted the legislation supporting “human rights and democracy” in Hong Kong and threatening to revoke its special economic status.

The issue has been covered in the 17th October Comprehensive News Analysis. Click here to read.

The Trump administration has notified to the U.S. Congress its determination to sell $1 billion worth of naval guns to India for use against warships, anti-aircraft and shore bombardment, in a move that would enhance the lethal capabilities of the Navy.

1. Govt. to sell off its entire stake in BPCL, 4 other PSUs

The benefits of the announcement have been covered in 20th November PIB Summary and Analysis. Click here to read.

The Centre has approved the Industrial Relation Code Bill, which is the third code under labour reforms.

SEBI has amended the regulatory framework for portfolio managers to enhance their net worth criteria and also the minimum investment size, which will effectively keep retail investors — who can use the mutual fund route — out of the segment that is typically for high net worth individuals.

What was the need for stricter norms? 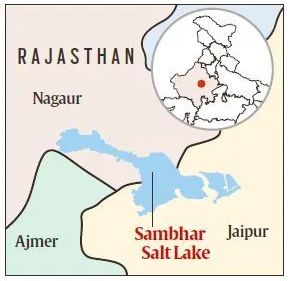 The government is waiting for reports from various sources to establish the exact cause.

What could be the other possible reasons for the bird deaths at Sambhar Lake?

Is there a concern for human health?

What can the government do?

1. The myths around free trade agreements

What is an FTA?

To summarize, FTAs cut import duties, but this is only one of many factors that decide if exports will increase.

Does a lower import duty regime help in getting significant investments? Most experts have argued in its favor.

But, India could attract significant investments in the car sector on account of high import duties.

Do FTAs ease entry into GVCs?

Most commentators have lamented that by not signing RCEP, India will miss becoming part of GVCs. It is not so simple.

The FTAs can ensure market access to only the right quality products made at competitive prices. Improvement in firm-level competitiveness is a must.

1. ‘Gandhi villages’ to be established in Rajasthan

The SEBI board also decided to almost halve the time a company should take to complete a rights offer, from 55 days now to 31 days.

Interferometric synthetic aperture radar, abbreviated InSAR is a radar technique used in geodesy and remote sensing. This geodetic method uses two or more synthetic aperture radar (SAR) images to generate maps of surface deformation or digital elevation, using differences in the phase of the waves returning to the satellite. The technique is also used for mapping ground deformation using radar images of the Earth’s surface that are collected from orbiting satellites. Unlike visible or infrared light, radar waves penetrate most weather clouds and are equally effective in darkness. InSAR helps in generating maps of how a place would look after an earthquake, or a detonation. 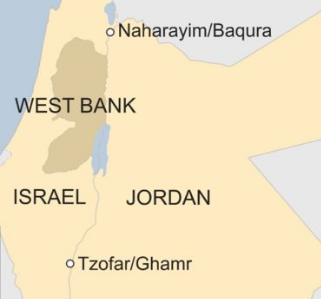 The following are the  Central Armed Police Forces of India, their deployment along India’s border is as follows: