The Financial Action Task Force (FATF) has retained Pakistan on the “grey list” and has given it a stern warning that it will be blacklisted if it does not fulfil the global standards criteria for combating terrorist financing by February 2020.

This issue has been covered in 18th October 2019 Comprehensive News Analysis, GS Paper 2 International Relations, in the article titles “FATF may keep Pak. on grey list”. Click Here to read.

Venezuela has won a seat on the United Nations Human Rights Council, despite widespread criticism of its poor human rights record.

Appointment of the Chief Justice of India:

What is the convention?

What is the procedure?

The procedure to appoint the next CJI is laid out in the Memorandum of Procedure (MoP) between the government and the judiciary:

Does the government get a say?

Have there been exceptions to the aforementioned procedure?

2. For over 700 Hindus from Pak., India is their only ‘refuge’ (Evacuation of Pakistani Hindus encroaching Yamuna Floodplains)

Based on a report by urban body that states that, around 700 Pakistani Hindu nationals, who had come to India on pilgrimage visas between 2011 and 2014 have continued to stay in jhuggis in the National capital, the National Green Tribunal has directed the Delhi Development Authority to evacuate the residents from the floodplains on account of encroachment.

National milk sample safety quality survey has been released by the Food Safety and Standard Authority of India (FSSAI).

Restaurant aggregator and food delivery service Zomato and biodiesel manufacturer BioD Energy have inked a partnership to collect used cooking oil from restaurants around the country so that it could be converted into biodiesel, which would then be sold to oil marketing companies to be blended with regular diesel.

What are the benefits of Biodiesel?

1. Why the Supreme Court must rethink capital punishment?

Majority View and the Judgment

The circumstances of the crime may trigger a natural reaction that the punishment was justified. A closer look at the judgment reveals that there are ongoing operational issues with the administration of capital punishment in the country, which raise questions about its continued retention on the statute books.

Issues with the Judgment

Evidence can be broadly divided into two sub-categories, direct and indirect circumstantial evidence. 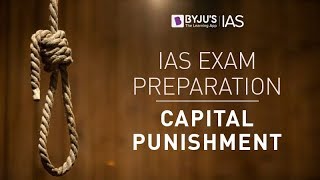 2. Unresolved questions in a sordid episode

Kindly read it under the topic ‘A travesty of justice’, at the link below:

In-house Power of Enquiry of the Supreme Court

India Innovation Index is prepared by NITI Aayog and Institute for Competitiveness. The study examines the innovation ecosystem of Indian states and union territories. The aim is to create a holistic tool which can be used by policymakers across the country to identify the challenges to be addressed and strengths to build on when designing the economic growth policies for their regions. The states have been classified into three categories: major states, north-east, and hill states, and union territories/city states/small states. The idea behind this index came from recognizing the role of innovation as a key driver of growth and prosperity for India.

The Saharan silver ant is declared the world’s fastest ant. It is the fastest of the world’s 12,000 known ant species, covering a 855 millimetres — nearly a metre — per second. The ant is six-legged and covers 108 times its own body length per second. The ants are outpaced only by a few invertebrates: The Australian tiger beetle and the California coastal mite. The ants’ super speed is likely one of their adaptations to life in the harsh desert, allowing them to go about their business quickly before getting roasted in temperatures. At top speed, the Saharan silver easily outpaces its nearest ant competitor Cataglyphis fortis — despite having significantly shorter legs.

Cyclone is the formation of a very low-pressure system with very high-speed winds revolving around it. Cyclonic activity is comparatively less intense in the Arabian sea, as compared to the Bay of Bengal, where high-intensity severe cyclones originate frequently. Arabian Sea cyclones are also relatively weak compared to those emerging in the Bay of Bengal. The very severe cyclonic storm “Hikka” that was formed in the Arabian Sea was named by the Maldives.

The Financial Action Task Force (FATF) is an inter-governmental body established in 1989 on the initiative of the G7. It was formed in 1989 at the G – 7 Summit, Paris. Initially, it was formed to combat money laundering. Later in 2001, it expanded towards terrorism. It is a policy-making body which works to generate the necessary political will to bring about national legislative and regulatory reforms in various areas. The objectives of the FATF are to set standards and promote effective implementation of legal, regulatory and operational measures for combating money laundering, terrorist financing and other related threats to the integrity of the international financial system.