The Agreement on Agriculture (AoA) is a World Trade Organisation treaty that focuses on reducing the agricultural support and subsidies given to domestic producers by countries. It is one of the most contentious agreements within the WTO. In this article, you can read all about the WTO Agreement on Agriculture, its impact on India and also how developed countries have been taking advantage of the WTO regime in their favour. This is an important topic for the UPSC exam economy and agriculture segments. The Agreement on Agriculture (AoA) is a WTO treaty that was negotiated during the Uruguay Round of the General Agreement on Tariffs and Trade (GATT) and formally ratified in 1994 at Marrakesh, Morocco. The AoA came into effect in 1995.

Features of WTO Agreement on Agriculture

The provisions of the WTO Agreement on Agriculture relate mainly to three broad categories of agriculture and trade policy, which are discussed below.

Read about various WTO Agreements in the link.

The domestic support subsidies are categorized into various boxes in the WTO. The various boxes and their implications are discussed in this section.

The images below describe the subsidies classified according to the WTO Boxes. 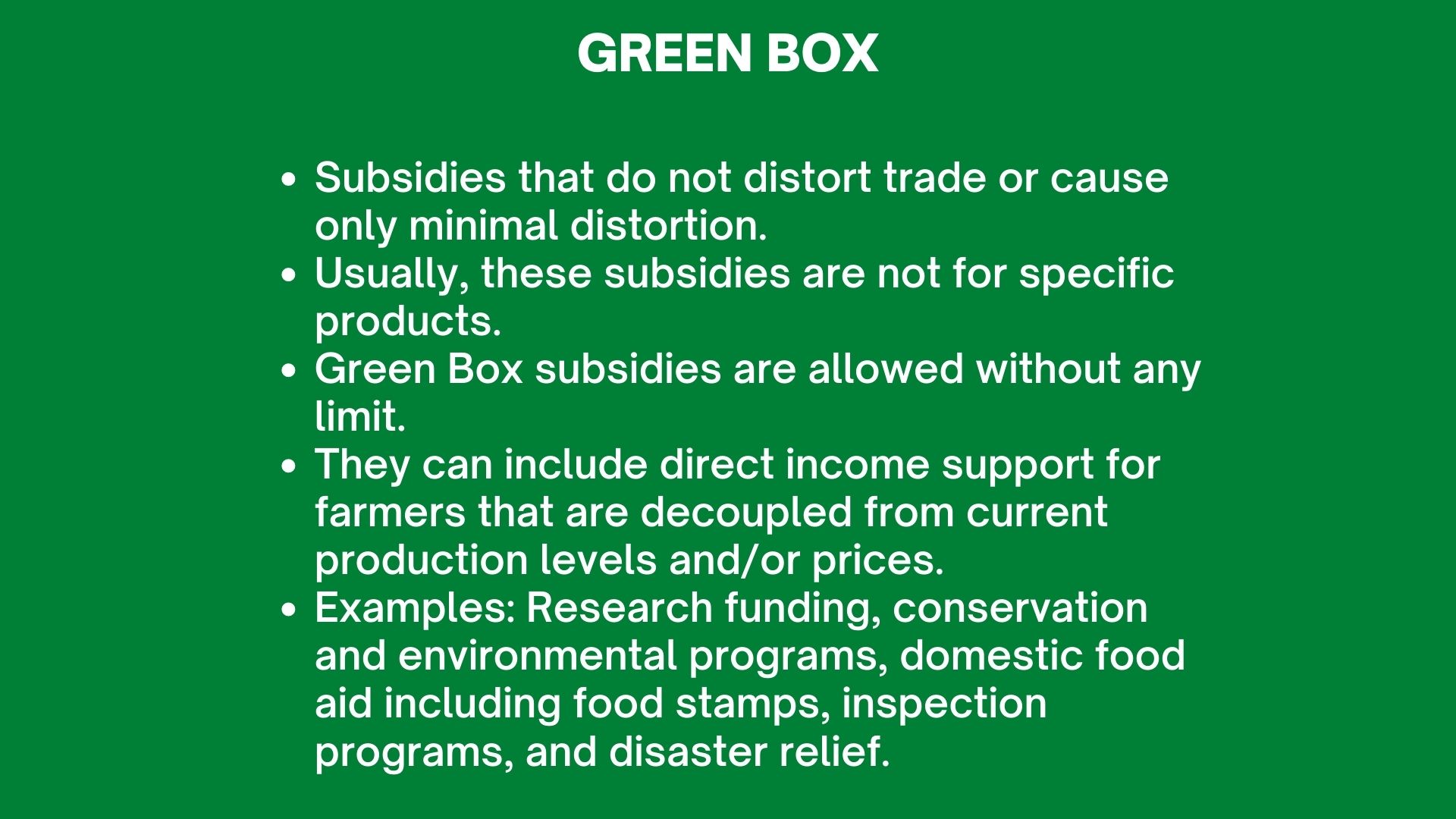 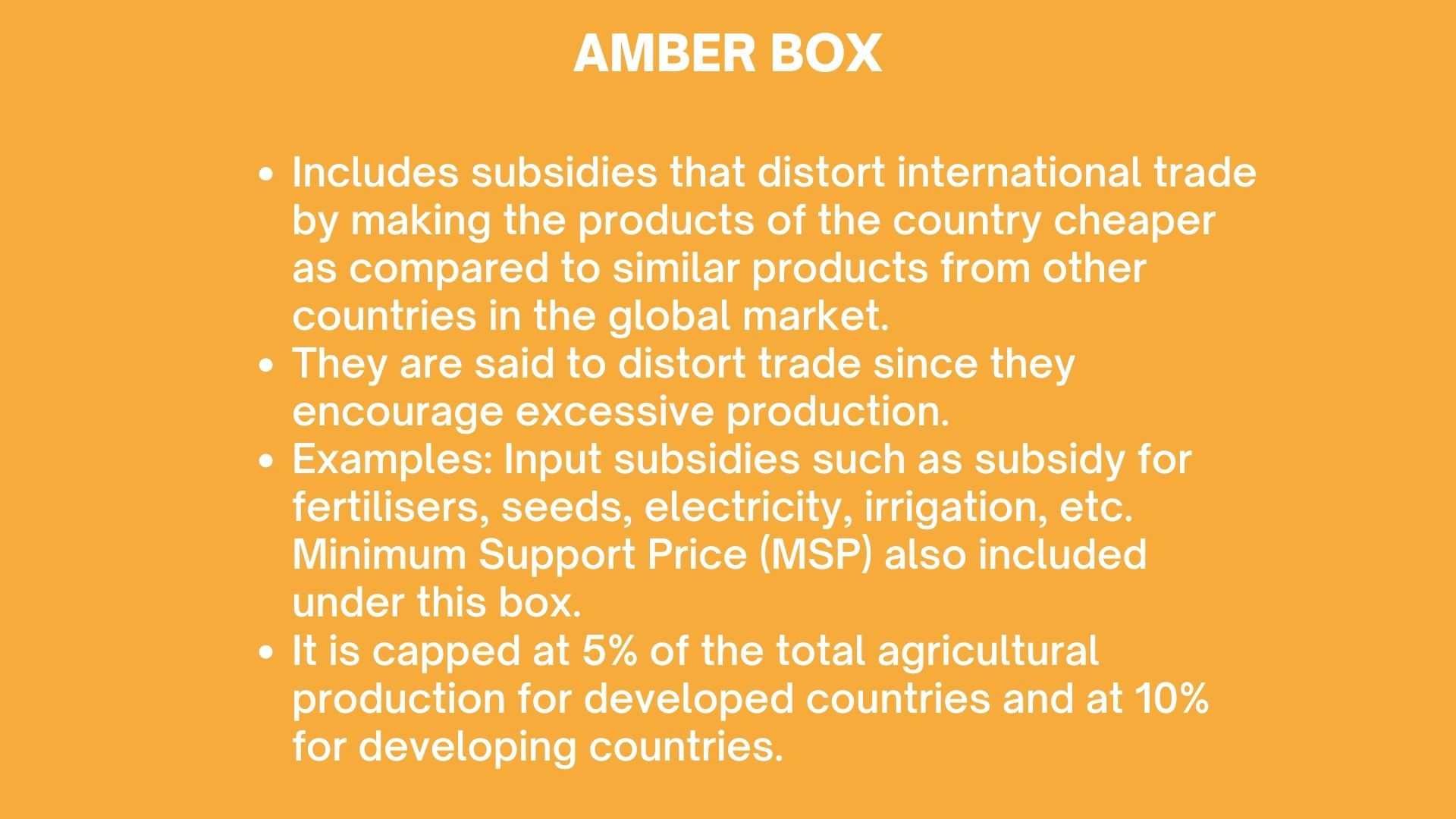 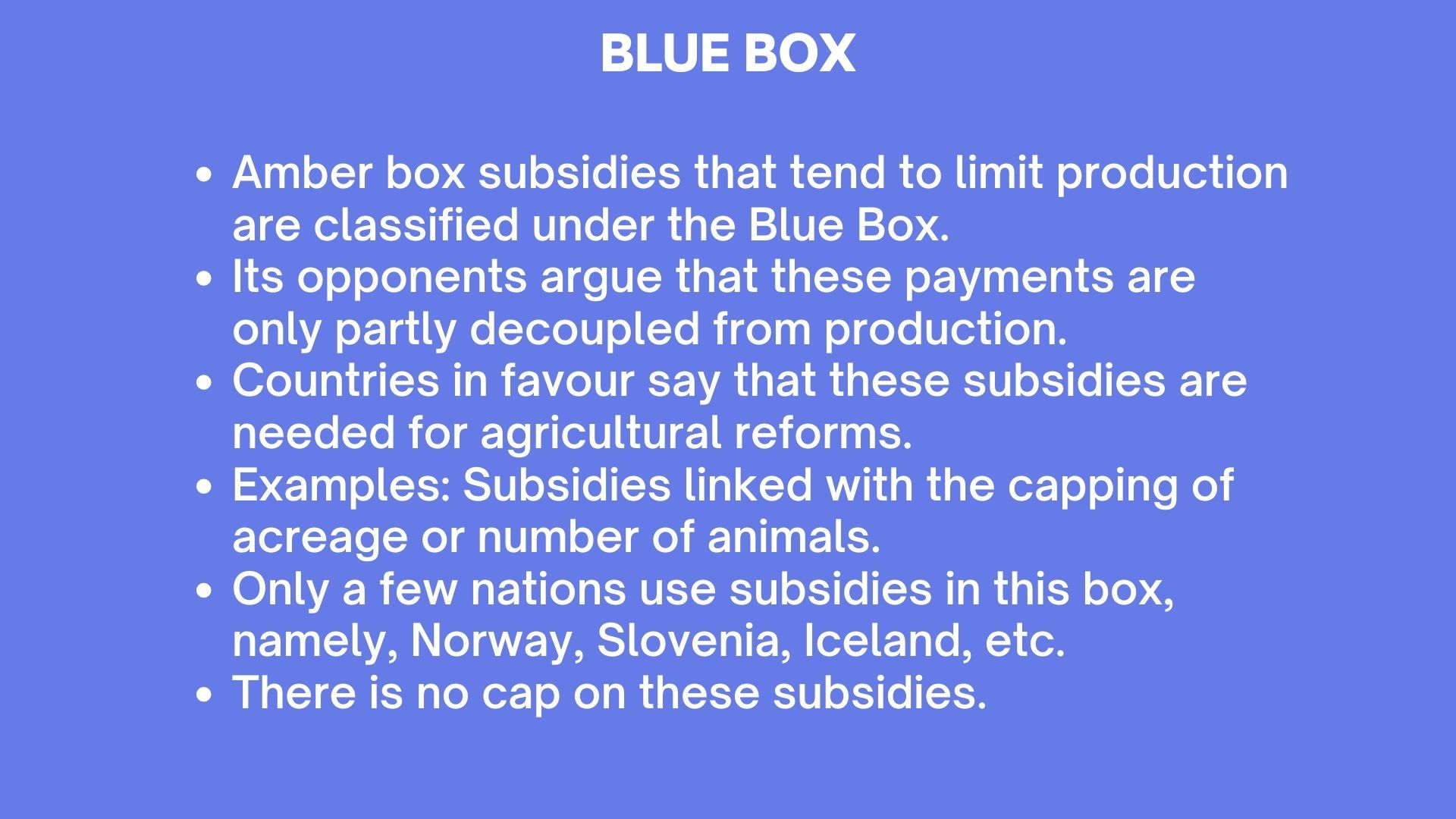 Other than the three boxes, there is also another box of subsidies that confer special and differential treatment for developing countries and LDCs. This is also called the Development Box.

Opponents of the Agreement say that it reduces tariff protection for small farmers, which is a major income source in developing countries, while at the same time, it allows rich countries to continue subsidising their farmers.