In 1938, scientist Ingold developed the concepts of mesomeric effect, mesomerism and mesomer. Interestingly, mesomerism is synonymous to resonance which was introduced by Scientist Pauling.

Up until 1950, the word mesomerism was widely used in French and German language. However, in the English language, the term “resonance” has become very popular and is widely used today. On the whole, they refer to the same concept.

The mesomeric effect can be subdivided into two types:

When the electrons or the pi electrons are transferred from a particular group towards a conjugate system, thus increasing the electron density of the conjugated system then such a phenomenon is known as (+M) effect or positive mesomeric effect. 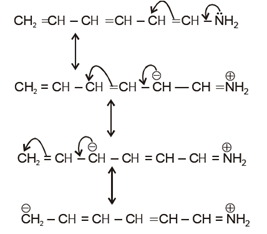 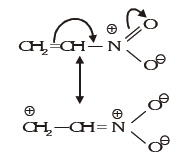 The group which shows –M effect include;

If two or more than two different structures can be drawn for a molecule or ion that are having the same arrangement of atomic nuclei but differ in the distribution of electrons, this effect can be termed as the resonance effect.

Although this effect is completely hypothetical it helps to understand and explain various chemical mechanisms and reactions.

Some Important Points To Remember

The following important points must be remembered:

The following important conditions must be followed by resonance structures.

As this can be observed, the position of the atoms is the same, only the electrons have been transferred from one atom to another atom.

1. If there is a conjugation of two pi-bonds (means two pi- bonds alternately) then electrons of one pi- bond would be transferred to the other bond.

i. In resonance effect, only electrons are delocalised not atoms.

ii. The number of lone pair electrons or number of unpaired in all resonating structures must be equal.

iii. All the resonating structures must possess the same energy.

iv. This is a permanent effect.

v. All the resonating or canonical structures must conform to Lewis structures.

(a) Carbanion’s stability is increased by resonance.

The correct order of stability I > II > III

(a) Resonance increases the stability of free radicals.

So this can be remembered as:

So this can be remembered as:

So maximum basic and +I effect

There are 4 basic electron displacement effects.

Out of these four effects, the mesomeric effect is the most widely applicable and more significant effect. It is also a permanent effect.