Principle of Superposition of Waves

What is Superposition of Waves?

According to the principle of superposition. The resultant displacement of a number of waves in a medium at a particular point is the vector sum of the individual displacements produced by each of the waves at that point.

Principle of Superposition of Waves

Considering two waves, travelling simultaneously along the same stretched string in opposite directions as shown in the figure above. We can see images of waveforms in the string at each instant of time. It is observed that the net displacement of any element of the string at a given time is the algebraic sum of the displacements due to each wave.

As per the principle of superposition, we can add the overlapped waves algebraically to produce a resultant wave. Let us say the wave functions of the moving waves are

Now, applying the superposition principle, the resultant wave is the algebraic sum of the two constituent waves and has displacement y(x, t) = A sin (kx – ωt) + A sin (kx – ωt + φ)

The above equation can be written as,

The resultant wave is a sinusoidal wave, travelling in the positive X direction, where the phase angle is half of the phase difference of the individual waves and the amplitude as [2cos ϕ/2] times the amplitudes of the original waves. 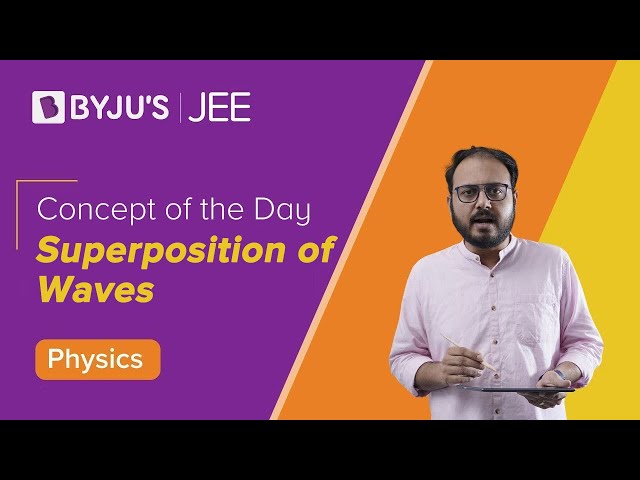 What is Interference of Light?

Types of Superposition of Waves

According to the phase difference in superimposing waves, interference is divided into two categories as follows.

If two waves superimpose with each other in the same phase, the amplitude of the resultant is equal to the sum of the amplitudes of individual waves resulting in the maximum intensity of light, this is known as constructive interference.

If two waves superimpose with each other in opposite phase, the amplitude of the resultant is equal to the difference in amplitude of individual waves, resulting in the minimum intensity of light, this is known as destructive interference.

Let two waves of vertical displacements y1 and y2 superimpose at a point p in space as shown in the figure, then the resultant displacement is given by

waves are meeting at some point p at the same time the only difference occurs in their phases. Displacements of individual waves are given by

Where a and b are their respective amplitudes and Φ is the constant phase difference between the two waves.

Applying the superposition principle as stated above we get,

Representing equation 1 in the phasor diagram 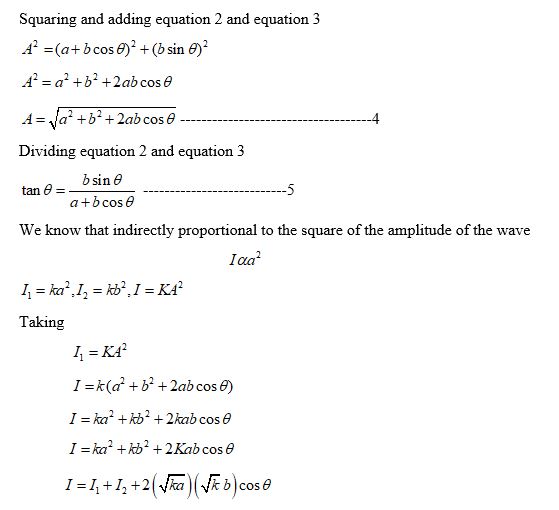 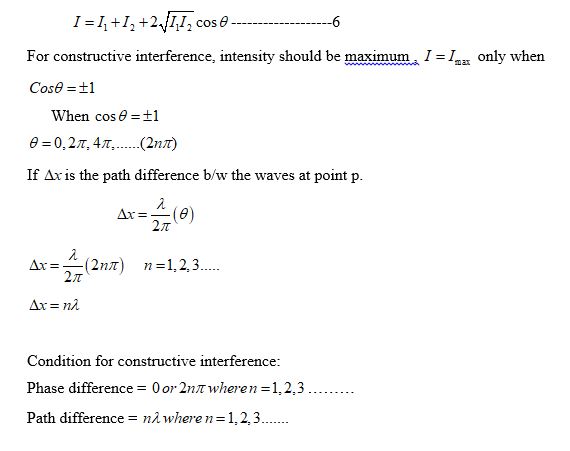 For destructive interference, Intensity should be minimum I = Imin which happens only when cos φ = -1

Conditions for Interference of Light

What happens when the waves superimpose?

What is constructive interference?

If we add two waves together by superposition the new wave has a larger amplitude but looks similar to the original waves. This situation, where the resultant wave is bigger than either of the two original waves is called constructive interference.

What is destructive interference?

When the two waves superimpose, the sum of two waves can be less than either wave and can also be zero. This is called destructive interference.

Test your Knowledge on Superposition of waves
Q5