The meaning of circumscribed in Geometry is drawing a figure around another figure in such a way that the drawn figure touches the outer line or points of the inside figure without intersecting it. It should limit the inside shape within itself. Suppose, a regular hexagon is circumscribed by a circle, then the circle touches its six vertices without cutting it. Let us discuss more circumscribed shapes, such as:

The circle which passes through all the vertices of any given geometrical figure or a polygon, without crossing the figure. This is also termed as circumcircle. 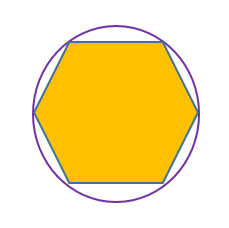 In the below figure, you can see, a hexagon is inside a circle, whose all 6 vertices has been touched by the circle.

When a triangle surrounds any geometrical shape in such a way that it touches the inside figure at maximum points but never cut it, such a triangle is called circumscribed triangle. 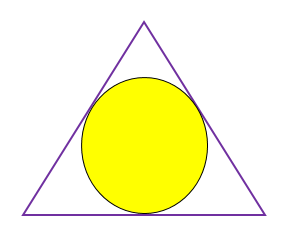 When a polygon surrounds any geometrical figure, in such a way, that all the vertices inside figure touch the sides of the polygon, then it is circumscribed. Polygon could be regular or irregular. 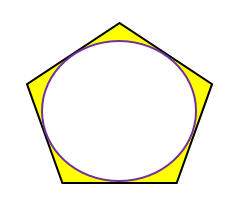 In the above figure, we can see a pentagon which surrounds a circle.

The circumscribed angle is the angle whose arms touches the circle to form a tangent to it. 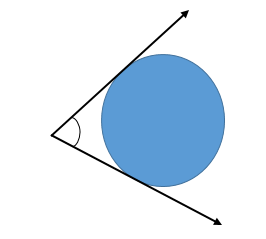 In the figure above, we can see that, arms of angle are tangent to the circle. Hence, the given angle is circumscribed.

A quadrilateral which surrounds a circle, in such a way, that sides of the quadrilateral are tangent to the circle. Then it is said to be circumscribed. 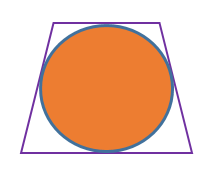 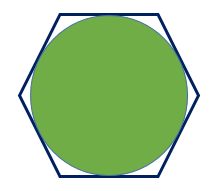 In the above figure, you can see,hexagon is surrounding the circle. And each side is tangent to the circle.

A rectangle surrounding any geometrical figure it touches the inside figure at its maximum points, then it is said to be circumscribed. 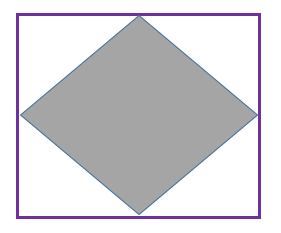 In the above figure, we can see the rectangle is surrounding rhombus, touching all its 4 vertices.