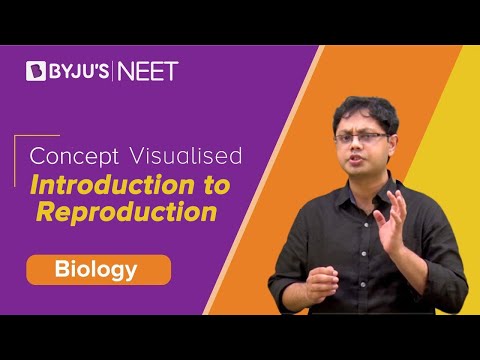 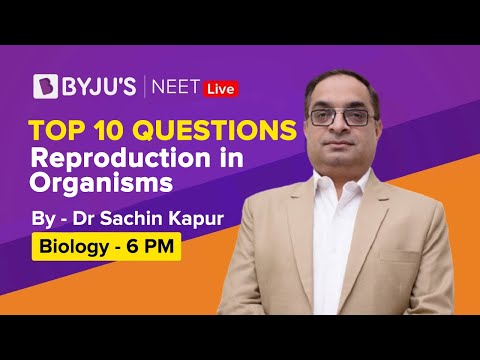 Reproduction is the process by which an organism multiplies and gives birth to another organism of the same kind. Reproduction is important for maintaining diversity and perpetuation of a race as every individual has a limited life span.

Reproduction is required for the continuity of the gene pool and also to get genetic variations, which get inherited to the offspring.

Asexual reproduction is the process of generating offspring from a single parent.

Sexual reproduction is the process, where there is an involvement of opposite sexes and offspring are produced by the fusion of male and female gametes.

There are various methods of asexual reproduction: 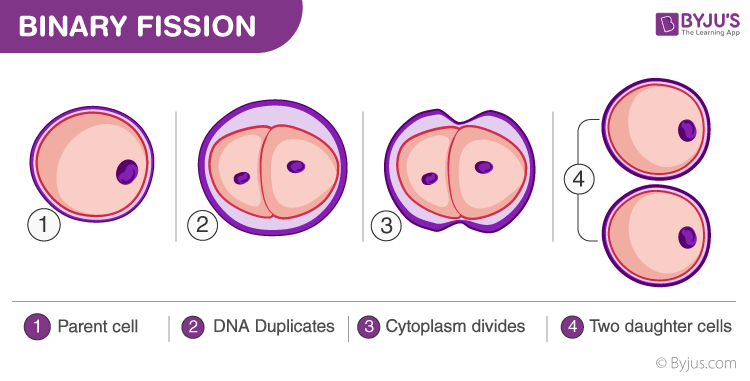 In sexual reproduction male and female gametes fuse to form a zygote after fertilization. The zygote develops into a new individual, which is not identical but similar to the parents.

All the organisms have to reach a certain stage of growth and maturity to start reproducing sexually.

Plants show a distinct reproductive phase. Some are annual or biennial or perennial.

Male and female reproductive structures can be present on the same plant or animal (Bisexual) or different plants or animals (Unisexual).

Bisexual is the same as homothallic or monoecious and Unisexual is also termed as heterothallic or dioecious in many fungi, plant and animal species.

Dioecious: Cockroaches and other higher animals.

Some of the organisms are haploid, i.e. have only one set of the chromosomes in their body, e.g. algae, fungi, bryophytes.

Most of the animals and pteridophytes, gymnosperms and angiosperms are diploid, i.e. they contain 2 sets of chromosomes. They produce haploid gametes by meiosis or reduction division.

Isogametes or homogametes- male and female gametes are similar in appearance, e.g. an alga, Cladophora.

Heterogametes- morphologically distinct male and female gametes are produced in most of the organisms, e.g. an alga, Fucus, human beings.

b. Gamete transfer (Pollination): In most of the organisms male gamete is motile and swims towards female gamete. Algae, fungi and plants (bryophytes, pteridophytes) require water as a medium for the movement of gametes.

In higher plants, pollen grains are transferred to stigma by the process of pollination. Bisexual flowers are self-fertilized as stigma and anther are present close by. Cross-pollinating flowers need a pollinating agent, e.g. wind, insect, etc.

Dioecious animals have special mechanisms for the gamete transfer.

Fertilization is also known as syngamy. In this process, a diploid zygote is formed after the fusion of male and female gametes.

a. Zygote: After fertilization diploid zygote is formed. The zygote undergoes further division and develops into a new organism.

In algae and fungi, the zygote forms a thick wall around itself to resist desiccation and damage and germinates only after a resting period when favourable conditions return.

In organisms with a haplontic life cycle (haploid dominant phase), the zygote undergoes meiosis to form haploid spores and a new haploid organism is formed.

b. Embryogenesis (Embryo development): It is the process of development of an embryo from a zygote. The zygote undergoes cell division and differentiation.

Oviparous: Egg-laying animals. A fertilized egg is laid outside, which is covered by a hard calcareous shell. The young one hatches out after a period of incubation. E.g. Reptiles, birds, etc.

Viviparous: Giving birth to young ones. Embryogenesis is inside the female body and young ones are delivered out. Different animals have a different gestation period.

In angiosperms, the zygote develops inside the ovule and develops into the embryo.

Seeds develop a protective covering called pericarp and get dispersed. They germinate into a new plant after getting a suitable medium and conditions.

In human beings, the zygote undergoes cleavages to form blastula and then after gastrulation three primary germinal layers are formed, i.e. ectoderm, endoderm and mesoderm. These three germinal layers differentiate into all the specific tissues and organs.

Parthenogenesis: Development of a new organism without fertilization, e.g. in honeybees, sterile drones are haploid (n=16) and develop from the female gametes. Other examples include lizards, turkey, rotifers, etc.

Parthenocarpy is artificially induced in some plants to get seedless fruits. 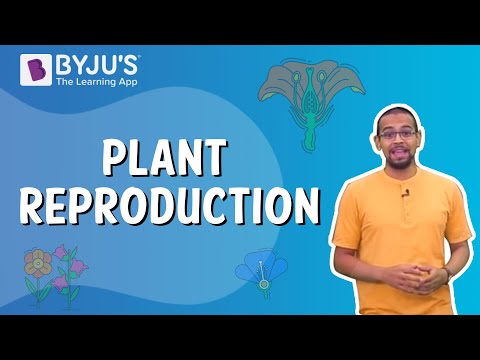