We have learned about thermodynamics in our previous sessions. We know that ideal gas is a theoretical gas composed of randomly moving particles that are not under the influence of interparticle interactions. Gases behave differently at different temperatures. Let us know how gases behave at absolute zero and also learn what is absolute zero.

What is Absolute Zero Temperature

Note: The value of the absolute zero is 459.76 degrees Fahrenheit on the Fahrenheit scale and -273.15 degrees Celsius on the Celsius scale.

The lowest temperature a thermodynamic system can withstand is 459.76 degrees Fahrenheit and -273.15 degrees Celsius. The absolute zero temperature is a theoretical value. Some of the highlights of temperature recorded are:

Behaviour of Gases at Absolute Zero

We know that as the temperature gets colder the particles of gas start to slow down. At absolute zero, the particles stop moving but will have some energy. Molecules and atoms of matter showcase minimum vibrational motion by retaining only quantum mechanical, zero-point energy-induced particle motion.

It is a common thought to imagine that particles freeze completely, and stop moving by becoming stagnant at absolute zero. This is not true. According to Heisenberg’s uncertainty principle, the measurements of sub-atomic particles cannot be pinned exactly. Therefore, a particle cannot be completely stopped to know its exact position and momentum.

For ease of understanding, heat cannot be completely removed from a system at absolute zero temperature, due to the presence of internal heat stored in the system. Hence, absolute zero does not represent the lowest possible enthalpy state. According to quantum mechanics, the lowest internal energy of solid matter is in its zero/ground state.

The concept of absolute zero came to existence while studying and analysing the behaviour of a gas at various temperatures. At lower temperatures, gases contract as temperature reduces. Ideal gas reaches zero volume when pressure is constant.

Real gas condenses to a liquid or a solid at a certain higher temperature than absolute zero. Hence, the ideal gas law is one of the methods to predict the behaviour of real gas.

The absolute scale that corresponds to the Fahrenheit scale is called the Rankine (R) scale. The zero points on the Celsius scale and Fahrenheit scale specify the same physical state. The following equations give the relationships between the relative and absolute temperature scales:

Watch the below video and know more about temperature. 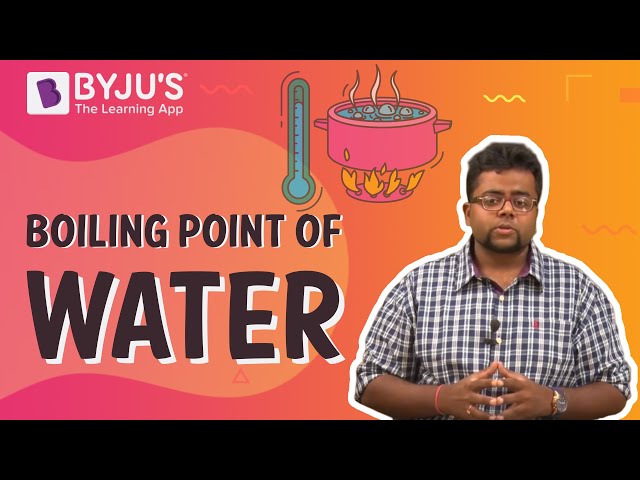 What is absolute temperature?

Absolute zero is the lowest possible temperature where heat energy is absent in a substance.

What are the scales to measure the temperature?

Temperature is a measure of the average kinetic energy of the particles in an object.

State true or false: At absolute zero, particles do not possess vibrational motion.

Give the equation for ideal gas

An ideal gas is given by the equation,