Law Of Conservation Of Linear Momentum

According to conservation of linear momentum,

If the net external force acting on a system of bodies is zero, then the momentum of the system remains constant.

The principle of conservation of momentum states that if two objects collide, then the total momentum before and after the collision will be the same if there is no external force acting on the colliding objects.

Linear momentum is mathematically expressed as:

Mathematically it is expressed as:

If the net external force acting on a body is zero, then the rate of change of momentum is also zero, which means that there is no change in momentum.

Two bodies of mass M and m are moving in opposite directions with the velocities v. If they collide and move together after the collision, we have to find the velocity of the system.

Since there is no external force acting on the system of two bodies, momentum will be conserved.

From this equation, we can easily find the final velocity of the system.

One of the applications of conservation of momentum is the launching of rockets. The rocket fuel burns are pushed the exhaust gases downwards, and due to this, the rocket gets pushed upwards. Motorboats also work on the same principle, it pushes the water backwards and gets pushed forwards in reaction to conserve momentum. 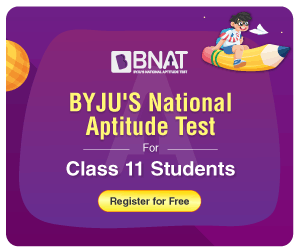