Difference between Sclera and Conjunctiva

The human eye is a vital organ. It is composed of the iris, pupil, cornea, sclera, and conjunctiva, among many other structures. The sclera is the thick layer that comprises the white portion of the eye, whereas the conjunctiva is the thin translucent layer that covers the eye, except the cornea.

Understand more about the structure of the eye with this video. 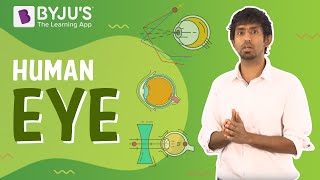 Let us study sclera and conjunctiva before differentiating between them.

The sclera, commonly known as the white of the eye, is the opaque, fibrous, outer protective layer of the human eye. In biological terms, it is called tunica albuginea oculi. It is made up of collagen and elastic fibres.

The conspicuous layer of the sclera in the eyes makes it easier for the other person to identify where the first person is looking. It maintains the globular shape of the eyes and also provides a base for the attachment of ocular muscles.

Conjunctiva is the translucent membrane covering the sclera of the eyes, except the cornea. It is made up of non-keratinized, stratified columnar epithelium, stratified squamous epithelium with goblet cells, and stratified cuboidal epithelium. The structure is highly vascularised, with many microvessels.

It secretes tears (less as compared to the lacrimal gland) and mucus that provides lubrication to the eyes. It also prevents the entry of microbes into the eyes.

Conjunctivitis, a common disease of the eye, is caused due to the inflammation of the conjunctiva.

Frequently Asked Questions on Difference between Sclera and Conjunctiva

Is the cornea part of the conjunctiva?

No, the cornea is not a part of the conjunctiva.

The retina is a layer of tissue that contains millions of light-sensitive cells that is responsible for sensing visual information.

What is the difference between conjunctiva and cornea?