Ashoka was one of the greatest rulers known to history and on his instructions, inscriptions were inscribed on pillars, as well as on rock surfaces. Before we find out what was written in these inscriptions, let us see why his kingdom was called an empire. To learn more about Ashoka, the Emperor, Who Gave Up War, students can refer to Chapter 7 of CBSE Class 6 History. We have also compiled CBSE Notes Class 6 History Chapter 7-Ashoka, the Emperor Who Gave Up War for the students to revise the Chapter most proficiently.

Chapter 7 Ashoka The Emperor Who Gave Up War

Click on the PDF link given below in this article to download the CBSE Class 6 Social Science Notes from History Chapter 7.

A very big kingdom = an empire

Ashoka, was one of the greatest rulers of history ruled-empire founded by his grandfather, Chandragupta Maurya over 2300 years ago. He was supported by a wise man named Chanakya or Kautilya. Chanakya’s ideas were written down in the Arthashastra. There were several cities in the empire (marked with black dots on the map), which included the capital Pataliputra, Taxila, and Ujjain as well as Taxila, a gateway to the northwest, including Central Asia. Ujjain lay on the route from north to south India. Merchants, officials and crafts persons lived in these cities. In other areas, there were villages of farmers and herders. In central India, there were forests where people gathered forest produce and hunted animals for food. People in different parts of the empire spoke different languages and ate different kinds of food. They wore different kinds of clothes as well.

How are empires different from kingdoms?

Emperors need more resources than kings as they are larger than kingdoms. They need to be protected by big armies and they also need a larger number of officials who collect taxes.

Large empire in different parts were ruled differently. The area around Pataliputra was under the direct control of the emperor. Officials were appointed to collect taxes from farmers, herders, crafts persons and traders(lived in villages and towns in the area). They also punished those who disobeyed the ruler’s orders-officials were given salaries. Messengers went to and fro. Also, spies kept a watch on the officials. The emperor supervised them all, with the help of members of the royal family and senior ministers. Other areas or provinces were ruled from a provincial capital such as Taxila or Ujjain with some amount of control from Pataliputra, and royal princes were often sent as governors. Local customs and rules were probably followed and there were vast areas between these centres. Mauryas tried to control roads and rivers important for transport. They collected whatever resources were available as tax and tribute. 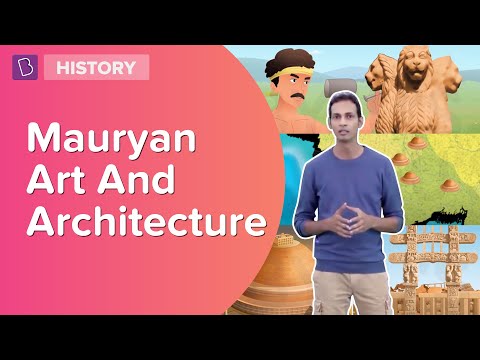 Unlike taxes, collected on a regular basis, tribute was collected as and when it was possible from people who gave a variety of things, more or less willingly.

Famous Mauryan ruler, Ashoka was the first ruler who tried to take his message to the people through inscriptions. These inscriptions were in Prakrit and written in the Brahmi script.

Kalinga was the ancient name of coastal Orissa. Ashoka fought a war to conquer Kalinga. He was horrified when he saw the violence and bloodshed and so decided not to fight any more wars. He is the only king in the history of the world who gave up conquest after winning a war

What was Ashoka’s dhamma?

Did not involve worship of a god, or performance of a sacrifice. He had a duty to instruct his subjects and was also inspired by the teachings of the Buddha. A number of problems troubled him. People in the empire followed different religions, which led to conflict. Animals were sacrificed, Slaves and servants were ill treated, quarrels in families and amongst neighbours. Ashoka’s duty was to solve these problems. He appointed officials, known as the dhamma mahamatta, who went from place to place teaching people about dhamma.  His messages were inscribed on rocks and pillars. He instructed his officials to read his message to those who could not read it themselves. He also sent messengers to spread ideas about dhamma to other lands, such as Syria, Egypt, Greece and Sri Lanka. He built roads, dug wells, and built rest houses and arranged for medical treatment for both human beings and animals.

What is the ‘Mauryan’ empire famous for?

The Mauryan empire had fully occupied Northwestern India in the 320 BCE.

Who was King Ashoka?

Ashoka was the third emperor of the Mauryan dynasty, grandson of its founder Chandragupta and son of the second emperor, Bindusara.

What is ‘Ashoka’s dhamma’?

Dhamma is a set of edicts that formed a policy of the Mauryan emperor Ashoka.