Chapter 3 In The Earliest Cities

The story of Harappa

Harappa was one of the oldest cities in the subcontinent, which archaeologists found 80 years ago. This was the first city to be discovered. All other cities where buildings similar to Harappa were found, were described as Harappan.

What was special about Harappan cities?

These cities were divided into 2 or more parts.

The walls of baked brick were built around each part. The bricks were so well baked that they have lasted for thousands of years. The bricks were laid in an interlocking pattern and that made the walls strong. In some cities, special buildings were constructed on the citadel. For example, in Mohenjodaro, a very special tank, which archaeologists call the Great Bath, was built in this area. Some cities like Mohenjodaro, Harappa, and Lothal had elaborate storehouses.

To Know About Mesopotamians, Watch The Below Video: 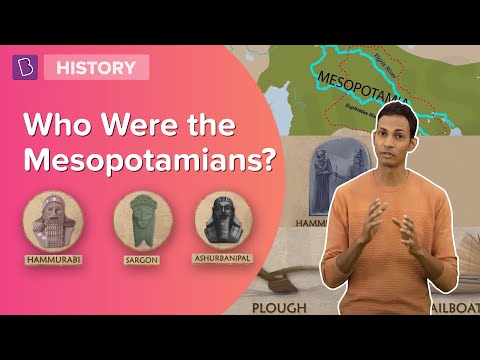 Most houses had a separate bathing area and some had wells to supply water. Many cities had covered drains. Each drain had a gentle slope so that water could flow through it. Drains in houses were connected to streets and smaller drains, which ultimately led into bigger ones. All three i.e.; houses, drains and streets were planned and built at the same time.

Life in the city

New crafts in the city

In search of raw materials

Raw materials are substances that are either found naturally or produced by farmers or herders. Raw materials are processed to produce finished goods. The raw materials that the Harappans used were available locally. Whereas many items such as copper, tin, gold, silver and precious stones were brought from distant places.

Food for people in the cities

The city of Dholavira was located on Khadir Beyt in the Rann of Kutch.

The city of Lothal stood beside a tributary of the Sabarmati, in Gujarat, close to the Gulf of Khambat.

The mystery of the end

Around 3900 years ago we find the beginning of a major change. People stopped living in many of the cities. Writing, seals and weights were no longer used. Raw materials brought from long distances became rare. In Mohenjodaro, we find that garbage piled up on the streets, the drainage system broke down, and new, less impressive houses were built, even over the streets.

Why did all this happen?

We are not sure. Some scholars suggest that the rivers dried up. Others suggest that there was deforestation. In some areas there were floods. But none of these reasons can explain the end of all the cities. It appears as if the rulers lost control. Sites in Sind and west Punjab (present-day Pakistan) were abandoned, while many people moved into newer, smaller settlements to the east and the south.

We hope you have found CBSE Notes Class 6 History Chapter 3 helpful for your exam preparation. Keep learning and stay tuned for more updates on CBSE and NCERT.

What is meant by the ‘Harappan Civilization’?

Where is the current ‘Mesopotamian’ area located now?

Mesopotamia is located in the region now known as the Middle East, which includes parts of southwest Asia and lands around the eastern Mediterranean Sea

Who were called the ‘Scribes’?

Scribes were people in ancient Egypt (majorly men) who learned to read and write.