These questions cover the important concepts of Periodic Classification of Elements and are designed as per the CBSE Class 10 Science Syllabus. There is a high probability that similar types of questions may be asked in the board examination.

Q1) Which of the following forms the basis of the modern periodic table?

Q2) Which of the following is the most reactive element of the group 17?

Q3) Which of the following is the correct order of the atomic radii of the elements oxygen, fluorine and nitrogen?

Q4) Element X forms a chloride with the formula XCl2, which is a solid with a high melting point. X would most likely be in the same group of the Periodic Table as

Q5) What happens to the electropositive character of elements on moving from left to right in a periodic table?

Q6) What is the other name for group 18th elements?

Q8) The electronic configuration of an element M is 2, 8, 4. In modern periodic table, the element M is placed in

Q9) Which of the following elements has 2 shells and both are completely filled?

Q10) Which option describes the achievements of the Mendeleev’s Periodic Table?

(a) prediction of noble gases

(b) it eliminated the blank spaces left in the table

Q11) The image shows an element with its atomic number and mass number.

Which option arranges the element in the periodic table?

(a) Option 1: atomic radius increases from sodium to argon

(b) atomic radius decreases from sodium to argon

(d) atomic radius decreases due to the addition of new shells

Q13) Boron is a non-metal and is placed under group 13 and period 2. How can boron form bonds with other elements?

(a) by sharing 5 electrons

(b) by sharing 3 electrons

(a) it increases as the number of shells increases

(b) decreases as the number of shells decreases

Q15) What is the order of the metallic character down the group?

(a) it decreases as new shells are added to the element

(b) it increases as electrons move away from the nucleus

(c) increases as new atoms are added in the same shell

Q16) An element X has atomic number 9. In which period and group, can it be placed in the modern periodic table? 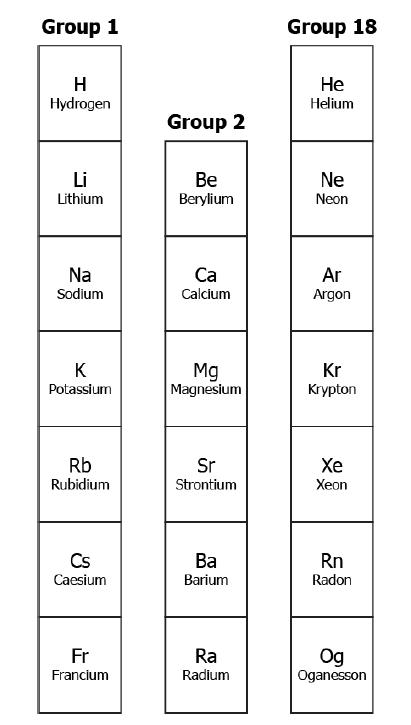 Which group supports the guidelines of the Modern Periodic table?

Q18) A student studies about Mendeleev’s periodic table and lists some statements. 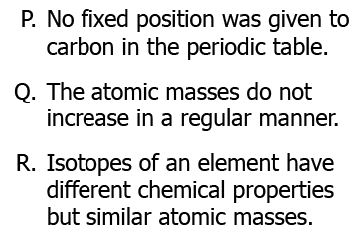 Which option lists the limitations of the Mendeleev’s Periodic Table?

Q19) Which option arranges the elements of period four in the correct groups? Q20) What is the trend of valency along the periods in the modern periodic table?

(a) it increases from left to right

(b) it decreases from right to left

(c) it increases and then decreases

(d) it decreases and then increases

Physical and chemical properties or properties of the elements are periodic functions of their atomic numbers.

In which period does the lanthanide appear?

It is the energy required to remove the 2nd most loosely bound electron.

We hope students have found this information on “CBSE Class 10 Science MCQ Chapter 5 Periodic Classification of Elements” useful for their exam preparation. Keep learning and stay tuned for further updates on the CBSE Exam. Download BYJU’S App and subscribe to the YouTube channel to access interactive study videos.