Traders, Kings and Pilgrims Chapter 9 talks about traders, kingdoms along the coasts, silk route, the spread of Buddhism, pilgrims and beginning of Bhakti. About traders, students will get to learn how traders used to carry fine potters from the places they were made, how new routes were explored by them, etc. New kingdoms were set up along the coasts and how the silk route came into existence. How Buddhism was widely spread and at the conclusion, it describes the beginning of Bhakti. Students can understand these concepts precisely with the help of CBSE Class 6 History notes of Chapter 9 – Traders, Kings and Pilgrims.

How to find out about trade and traders

You have read in the previous chapter that fine pottery were found from several archaeological sites throughout the subcontinent. These potteries were carried by traders from the places they were made, to sell them at other places. South India was famous for gold, pepper, and precious stones. In the Roman Empire, pepper was valued so much that it was known as black gold. So, traders carried many of these goods to Rome in ships, across the sea, and by land in caravans.

Several sea routes were explored by traders and some of these followed the coasts. There were others across the Arabian Sea and the Bay of Bengal, where sailors took advantage of the monsoon winds to cross the seas more quickly.

To Know About Life In Mesopotamia, Watch The Below Video: 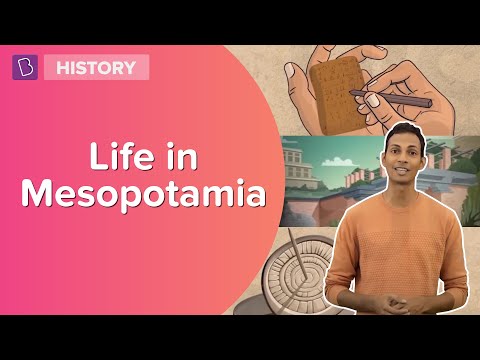 New kingdoms along the coasts

The southern half of the subcontinent was marked by a long coastline, and with hills, plateaus, and river valleys. Kaveri was the most fertile amongst the river valleys. Chiefs and kings become rich and powerful who controlled the river valleys and the coasts. Sangam poems mention the muvendar, a Tamil word meaning three chiefs, used for the heads of three ruling families, the Cholas, Cheras, and Pandyas, who became powerful in south India around 2300 years ago.

Each of the three chiefs had two centres of power: one inland, and one on the coast. Among the six cities, two were important: Puhar or Kaveripattinam, the port of the Cholas, and Madurai, the capital of the Pandyas. Instead of regular taxes, the chiefs demanded and received gifts from the people. They used to go on military expeditions to collect tribute from neighbouring areas. Some of the wealth they kept for themselves and the rest they distributed amongst their supporters, including members of their family, soldiers, and poets.

Many poets’ compositions were found in the Sangam collection who were awarded precious stones, gold, horses, elephants, chariots, and fine cloth. Around 200 years later a dynasty known as the Satavahanas became powerful in western India. The most important ruler of the Satavahanas was Gautamiputra Shri Satakarni. He and other Satavahana rulers were known as lords of the dakshinapatha, literally the route leading to the south, which was also used as a name for the entire southern region.

The story of the Silk Route

The process of making silk was very complicated. Raw silk has to be extracted from the cocoons of silkworms, spun into thread and then woven into cloth. China first invented the technique of making silk. The method used by China was kept as a secret for thousands of years. People from China who went to distant lands on foot, horseback, and on camels, carried silk with them. The paths they followed came to be known as the Silk Route.

Chinese rulers sometimes sent gifts of silk to rulers in Iran and West Asia, due to which the knowledge of silk spread further west. Amongst the rulers and rich people in Rome, wearing silk became the fashion about 2000 years ago. At that period, silk was very expensive, as it had to be brought all the way from China, via roads, through mountains and deserts.

Some kings tried to control large portions of the route, because they could benefit from taxes, tributes and gifts that were brought by traders travelling along the route. In return, they protected the traders who passed through their kingdoms from attacks by robbers.

The Silk route was controlled by the Kushanas, who ruled over central Asia and north-west India around 2000 years ago. Their two major centres of power were Peshawar and Mathura. Taxila was also included in their kingdom. During their rule, a branch of the Silk Route extended from Central Asia down to the seaports at the mouth of the river Indus, from where silk was shipped westwards to the Roman Empire.

The spread of Buddhism

Kanishka was the most famous Kushana ruler, who ruled around 1900 years ago. He organised a Buddhist council, where scholars met and discussed important matters. Ashvaghosha, a poet who composed a biography of the Buddha, the Buddhacharita, lived in his court.

Mahayana Buddhism, a new form of Buddhism, developed, which had two distinct features. Earlier, the Buddha’s presence was shown in sculpture by using certain signs. For instance, his attainment of enlightenment was shown by sculptures of the peepal tree. Later, statues of the Buddha were made in Mathura and in Taxila.

Bodhisattvas were supposed to be persons who had attained enlightenment and after attaining enlightenment, they could live in complete isolation and meditate in peace. But, they remained in the world to teach and help other people. In India, Buddhism was spread to the western and eastern regions, where dozens of caves were hollowed out of hills for monks to live in.

Some of these caves were made on the orders of kings and queens, others by merchants and farmers, located near passes through the Western Ghats.

Buddhism also spread south-eastwards, to Sri Lanka, Myanmar, Thailand, and other parts of Southeast Asia including Indonesia. The older form of Buddhism, known as Theravada Buddhism was more popular in these areas.

The quest of the pilgrims

The Chinese Buddhist pilgrims, Fa Xian, came to the subcontinent about 1600 years ago, Xuan Zang and I-Qing, came about 50 years after Xuan Zang. They came to visit places associated with the life of the Buddha as well as famous monasteries.

Each of these pilgrims wrote of the dangers they encountered on their travels, which took years, of the countries and the monasteries that they visited, and the books they carried back with them.

Xuan Zang, took the land route back to China. He carried back statues of the Buddha made of gold, silver and sandalwood, and over 600 manuscripts loaded on the backs of 20 horses. Over 50 manuscripts were lost when the boat on which he was crossing the Indus capsized. He spent the rest of his life translating the remaining manuscripts from Sanskrit into Chinese.

The beginning of Bhakti

During this time, the worship of certain deities Siva, Vishnu, and goddesses such as Durga, gained importance in Hinduism. These deities were worshipped through Bhakti, an idea that became very popular. Bhakti means a person’s devotion to his or her chosen deity.

In the sacred book of Hindus, the Bhagavad Gita, the idea of Bhakti is present, which is included in the Mahabharata. In this Krishna the God, asked Arjuna, his devotee and friend, to abandon all dharmas and take refuge in him, as only he can set Arjuna free from every evil. This form of worship widely spread to different parts of the country.

Those who followed the system of Bhakti emphasised devotion and individual worship of a god or goddess, rather than the performance of elaborate sacrifices.

According to this system of belief, if a devotee worships the chosen deity with a pure heart, the deity will appear in the form in which he or she may desire. It could be thought of as a human being, lion, tree or any other form.

Where is ‘Mesopotamia’ located?

Mesopotamia is a historic region of West Asia within the Tigris-Euphrates river system. The word Mesopotamia means “between rivers” in the Greek language.

Who were the main rulers of Madurai?

The Cholas and the Pandiyas ruled the Madurai region majorly between the 13-14th century.

What is the meaning of ‘Bhakti’?

The term ‘bhakti’ implies ‘devotion’. or ‘love towards the divine power’. It is the idea of worship or devotion to a particular deity or any other form of God.