CBSE Notes Class 6 History Chapter 1 - What, Where, How and When?

When we live in a society, we become used to the world around us. We begin to take that world for granted. We forget that life was not always the way we see it. History can take us into these pasts. In Chapter 1 of CBSE Notes Class 6 History, you will learn how we have known about our past.

Chapter 1 What Where How And When

Download CBSE Notes Class 6 History Chapter 1 – What, Where, How and When? PDF

What can we know about the past?

There are several things we can know about our past such as:

Where did people live?

People have lived along the banks of the Narmada river for several hundred thousand years. These people stayed on the bank of Narmada river as they knew about the vast wealth of plants in the surrounding forests. They used to collect roots, fruits and other forest produce for their food. Sometimes they also hunted animals.

In ancient times, the area along the Ganga and its tributary rivers, to the south of the Ganga was known as Magadha which is now lying in the state of Bihar. Men and women moved in search of livelihood and also to escape from natural disasters like floods or droughts. These movements of people enriched our cultural traditions. People have shared new ways of carving stone, composing music, and even cooking food over several hundreds of years.

Names of the land

Our country is known by both words i.e India and Bharat.

Finding out about the past

One way through which we can find out about our past is by reading the books that were written long ago. These books are called manuscripts because they were written by hand. These were written on palm leaves, or on the specially prepared bark of a tree known as the birch, which grows in the Himalayas. These books dealt with all kinds of subjects: religious beliefs and practices, the lives of kings, medicine and science. Besides, there were epics, poems, plays as well.

Inscriptions are writings on relatively hard surfaces such as stone or metal. In the past, when kings wanted their orders inscribed so that people could see, read and obey them, they used inscriptions for this purpose. There are other kinds of inscriptions as well, where men and women (including kings and queens) recorded what they did. For example, records of victories in battle.

An archaeologist is a person who studies the remains of buildings made of stone and brick, paintings and sculpture. They also explore and excavate to find tools, weapons, pots, pans, ornaments and coins. They also look for bones of animals, birds, and fish to find out what people ate in the past.

Historians use the word source to refer to the information found from manuscripts, inscriptions and archaeology. Once sources are found, learning about the past becomes an adventure. So historians and archaeologists are like detectives, who use all these sources like clues to find out about our pasts.

For More Information On Historians and their Sources, Watch The Below Video. 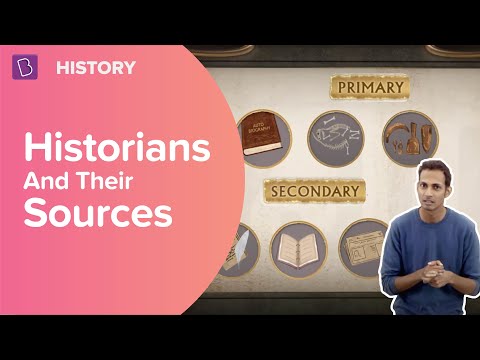 One past or many?

Archaeology did not help us to know more about the ordinary people in the past because they did not keep records of what they did. Whereas, kings used to keep the records of their victories and the battles they fought.

What do dates mean?

We hope you have found CBSE Notes Class 6 History Chapter 1 helpful for your exam preparation. Keep learning and stay tuned for more updates on CBSE and NCERT.


Frequently asked Questions on CBSE Class 6 History Notes Chapter 1: What Where How and When

Where is ‘Magada’ located in present India?

Magadha, ancient kingdom of India, situated in what is now west-central Bihar state, in northeastern India.

What is the importance of ‘Manuscripts’?

They provide evidence of human activity, and as such, are generated naturally during the course of an individual’s or an organisation’s life.

What are the ancient rivers of India?

Flood deposits from three rivers: the Indus, Ganges, and Brahmaputra-enrich the soil of the plains, making it very fertile. These 3 rivers are the most ancient rivers of India.