1. Government Aims To Make India A Global Biotech Hub By 2020

1. Modi to fast-track his visit to Oman

1. The GST law will be the biggest reform in the area of Indirect Taxes in the history of independent India

5. Efforts at sparrow conservation pick up pace across Odisha

A. GS1 Related
Nothing here for today!!!


1. Government Aims To Make India A Global Biotech Hub By 2020

Other reformative suggested by Election Commission :


1. Modi to fast-track his visit to Oman

Why India wants this?


1. The GST law will be the biggest reform in the area of Indirect Taxes in the history of independent India

2. The Integrated Goods and Services Tax Bill 2017 (The IGST Bill)

4. The Goods and Services Tax (Compensation to the States) Bill 2017 (The Compensation Bill) 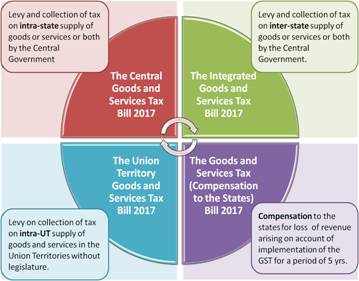 National Board for Wild Life

5. Efforts at sparrow conservation pick up pace across Odisha

Convention on the Conservation of Migratory Species of Wild Animals

CITES (the Convention on International Trade in Endangered Species of Wild Fauna and Flora, also known as the Washington Convention) is a multilateral treaty to protect endangered plants and animals. It was drafted as a result of a resolution adopted in 1963 at a meeting of members of the International Union for Conservation of Nature (IUCN).

Its aim is to ensure that international trade in specimens of wild animals and plants does not threaten the survival of the species in the wild, and it accords varying degrees of protection to more than 35,000 species of animals and plants.

Determination of neutrino masses and mixing parameters is one of the most important open problems in physics today. The ICAL detector is designed to address some of these key open problems in a unique way. Over the years this underground facility is expected to develop into a full-fledged underground science laboratory for other studies in physics, biology, geology, hydrology etc.

Environmental Clearance granted to the India-based Neutrino Observatory(INO) –Theni by ministry of Environment has been suspended by National Green Tribunal.

National Mission on Libraries has been set up by Ministry of Culture, Government of India, in pursuance of National Knowledge Commission recommendations for sustained attention for development of Libraries and Information science Sector.

The components of National Mission on Libraries are:-