Rajya Sabha TV programs like ‘The Big Picture’, ‘In Depth’ and ‘India’s World’ are informative programs that are important for UPSC preparation. In this article, you can read about the discussions held in the ‘Big Picture’ episode on “G20 Talks on Economic Crisis” for the IAS Exam. 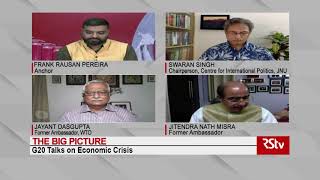 Are there any limitations on how much the G20 can actually do?

The immediate future of multilateral organizations and how much can they contribute?

The G 20 countries individually are in a massive economic crisis, how can they help other countries?

Most countries are taking monetary initiatives to improve their economies: