The Nagorno-Karabakh conflict has recently spiked into a major issue in the Caucasus region, with possible ramifications for the larger international community. In this article, we explain the origins of the issue between Azerbaijan and Armenia, the 1994 ceasefire and the role of the various international players on this escalating issue, for the UPSC exam IR segment. 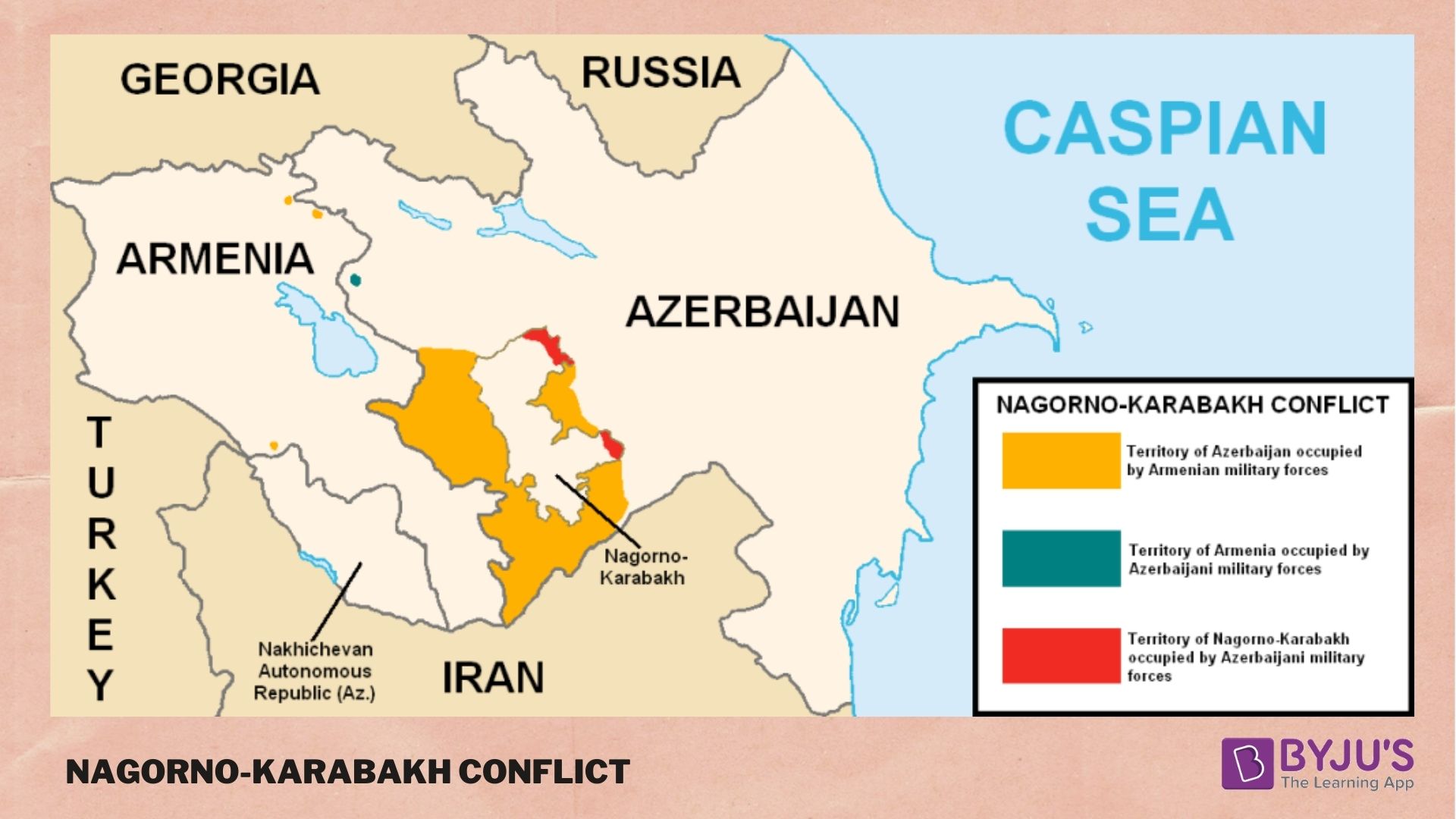 Nagorno-Karabakh region is a mountainous land-locked region in the South Caucasus. It is a forested region and geographically lies within the boundary of Azerbaijan.

The root of the problem lies in the manner in which the Soviet authorities under Joseph Stalin divided the area after the Red Army conquered it in the 1920s.

The region once again rose to the limelight when on 27th September 2020, both Azerbaijan and Armenia reported to have inflicted losses on one another in the region.

The Minsk Group or the OSCE Minsk Group was established in 1992 by the Conference on Security and Cooperation (CSCE, now Organization for Security and Co-operation in Europe (OSCE)) to envisage a peaceful, negotiated resolution to the Nagorno-Karabakh conflict between Azerbaijan and Armenia.

What are the origins of the Nagorno Karabakh Conflict?

What was the result of the Nagorno Karabakh Conflict in 2020?

The fighting resulted in a ceasefire agreement on November 10, 2020, following which territories lost by Azerbaijan during the First Nagorno-Karabakh war were returned to Azerbaijan.