The National Mission on Quantum Technologies & Applications (NM-QTA) was announced by the Finance Minister in the Union Budget 2020. Government schemes are important for the UPSC exam and in this article, you can read all about the NM-QTA, its impact, objectives and significance.

The NM-QTA, also called the National Quantum Mission, was announced with an outlay of Rs.8000 crore for five years in the Budget 2020. 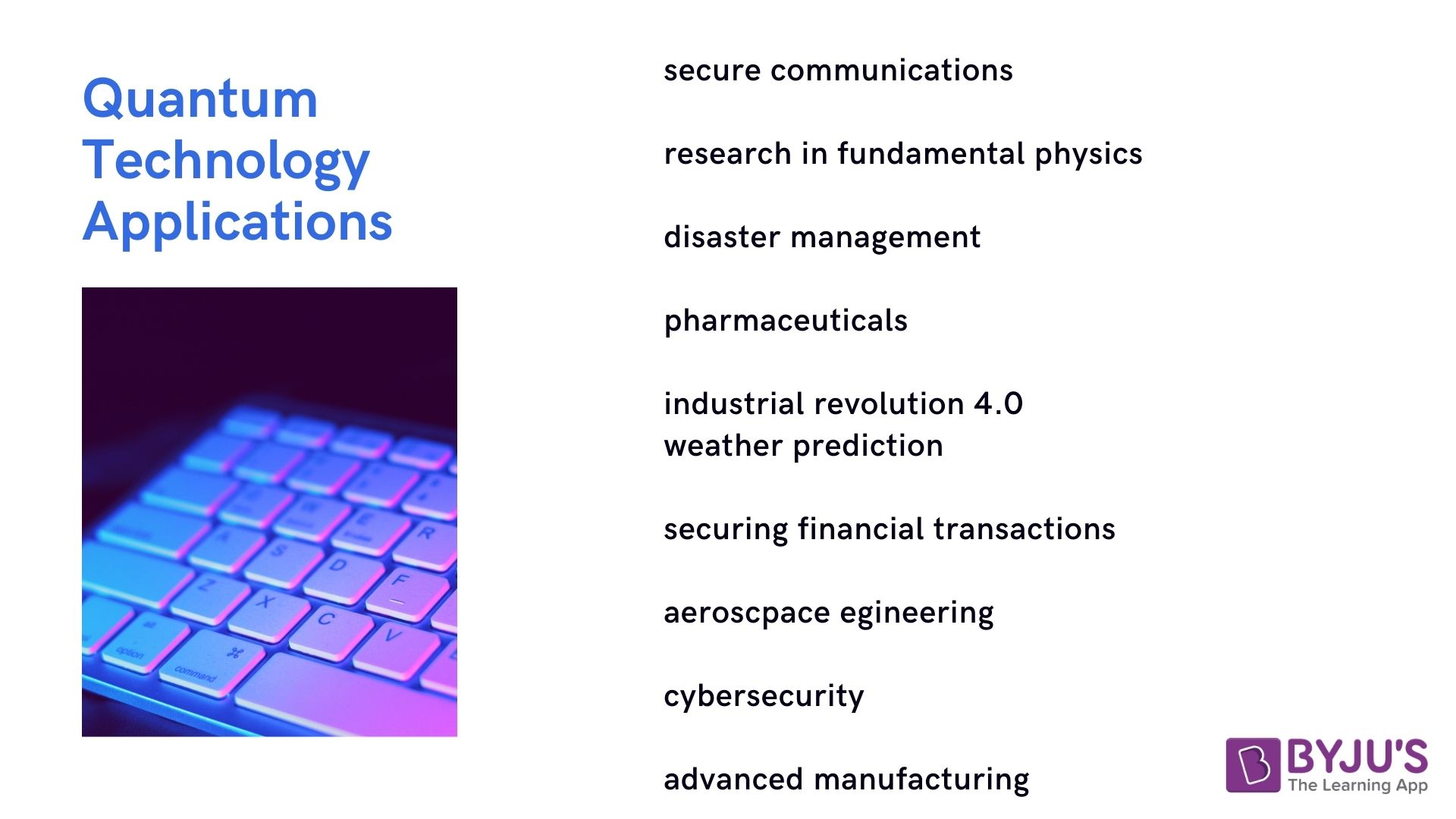 A government thrust in this field will go a long way towards helping India become a lead player in this field and experience multi-dimensional growth. It is also expected to spur job creation. The government’s organizational and financial support will also ensure that both public and private sectors will benefit. The mission will establish standards to be applied to all research and help stimulate a pipeline to support research and applications well into the future.

What is Quantum Mechanics?

Quantum mechanics is a branch of physics that was developed in the early 20th century.

Quantum technology is based on the principles of quantum physics/mechanics. It concerns the manipulation and control of quantum systems, which will help achieve information processing that goes beyond the limits of the classical world. Quantum technology exploits some of the properties of quantum mechanics – such as quantum entanglement, superposition and tunnelling – in developing practical applications like computing and cryptography.

Quantum computing is basically harnessing the laws of quantum mechanics to process information. A conventional computer processes in bits (0s and 1s), while a quantum computer uses qubits or quantum bits. A qubit is a quantum system that encodes the zero and the one into two distinguishable quantum states. Capitalising on the phenomenon of superposition and entanglement, quantum computers can mimic several traditional computers in parallel. This can exponentially increase the processing power and speed of computers.

Which office of the Indian government will be responsible for NM QTA?

National Mission on Quantum Technologies & Applications project will be implemented by the Department of Science and Technology (DST).

What is quantum computing?

Quantum computers compute in ‘qubits’ (or quantum bits).Quantum computing is basically harnessing the laws of quantum mechanics to process information.Capitalising on the phenomenon of superposition and entanglement, quantum computers can mimic several traditional computers in parallel. This can exponentially increase the processing power and speed of computers.