The Union Budget is the annual budget of the Indian Republic. It is presented every year in the month of February generally by the Union Finance Minister. In this page, you can read all about what a budget is, and what to expect in the Union Budget 2020-21. This is an important topic for the UPSC exam.

The Union Budget 2021 – 22 was recently presented by the Union FM. Please get the details of the Budget 2021 here. 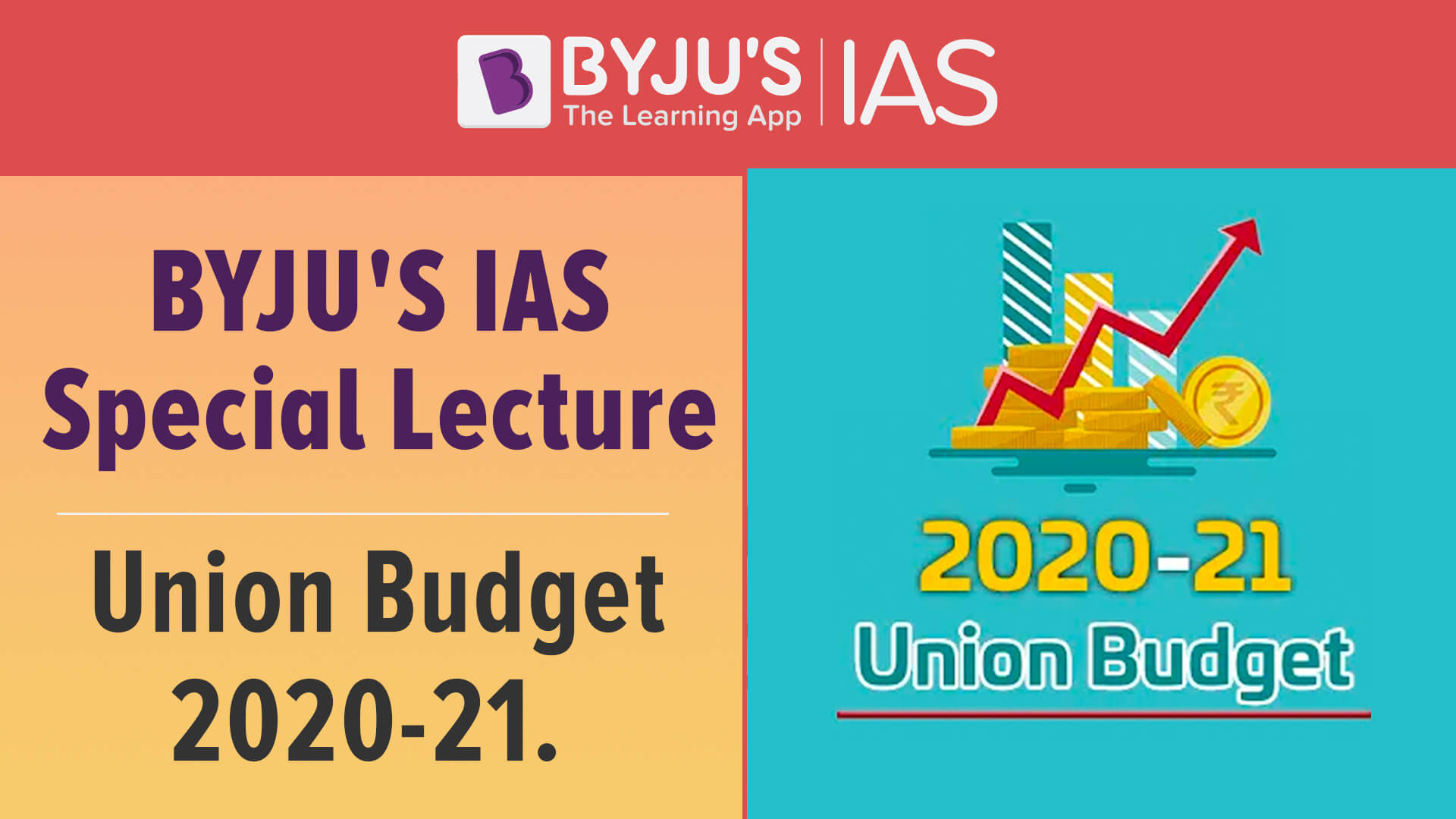 The Union Budget is also known as the Annual Financial Statement. Article 112 of the Constitution of India lays down that it is a statement of the estimated expenditure and receipts of the Government for a particular year.

Important Highlights of Budget 2020 for UPSC

These three themes are held together by corruption free policy driven good governance and; clean and sound financial sector.

Get more clarity about Taxation in India in the linked article.

Q 3. On which day is the Union Budget presented?

Ans. The Union Budget 2020-21 was presented on 1st February 2020 by the Finance Minister of India. It was passed in Parliament on 23rd March 2020. As per Article 112 of the Constitution of India, the Union Budget of India is known as the Annual Financial Statement.

Q 4. How is the Union Budget passed?

Ans. The budget will be presented in the Parliament by the Finance Minister of India. It will come into effect on 1st April, the start of the financial year, but before coming into effect it has to be passed by the Lok Sabha.

Ans. Extending the goal of Atmanirbhar Bharat by increasing self-reliance by becoming a global manufacturing hub across different sectors.

Ans. The six pillars of this budget are Minimum government and maximum governance, Innovation and R&D, Health and well-being, Inclusive development for Aspirational India, Physical and capital infrastructure.

Ans. Some of the benefits of Budget 2021 are Extension of interest deduction on a home loan, Relaxation in filing the income tax return, Exemption for LTC cash scheme, Relaxation in advance tax instalment for dividend income.

Q 10. Which country has the highest budget?

Ans. The USA has the highest budget followed by China, Germany, and Japan.