What are the 3 Types of GST?

As per 2016 GST regime, Union Territory Goods and Service Tax (UTGST) was also introduced to account for all the taxations in the Union Territories of India. The power to make any changes in the GST law is in the hands of GST Council. GST Council is headed by the Finance Minister. One hundred and first amendment act, 2016 introduced the GST in India from July 2017.

Aspirants would find this topic very helpful in the IAS Exam. 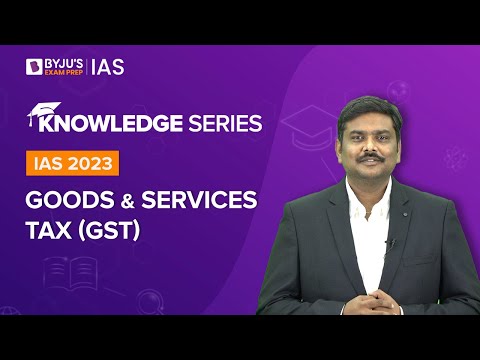 What is Central Goods and Services Tax (CGST)?

Revenue under CGST is collected by the Central Government. CGST subsumes the below given central taxations and levies.

What is State Goods and Services Tax (SGST)?

Revenue under SGST is collected by the State Government. SGST subsumed the following state taxations.

IGST is charged when there is movement of goods from one state to another state. The revenue will be collected by the central government and accordingly will be shared between the Union and states in the manner prescribed by Parliament or GST Council.

The several States have made clear that the onus is on the Centre to borrow from the market to make good any shortfall in the Compensation Fund. They stressed that the States had agreed to the implementation of the GST only on the basis of the “unequivocal commitment given by the Government of India to compensate the States for any revenue loss”.

Observing that States had not only suffered severe losses in revenue in the wake of the pandemic but had also been at the forefront of the battle to prevent the spread of the disease. Hence, any delay in ensuring the compensation payments would compromise essential capital spending by the States to restart the economy effectively.

The Centre and the States were cognisant of the substantial impact on GST collections from the last fiscal year’s economic slowdown and more recently the lockdowns and COVID-19-related curbs that have severely shrunk the economy.

What is GST Compensation? HSN codes will remove the need to upload the detailed description of the goods.This will save time and make filing easier since GST returns are automated.

D) All the above statements are true.

Ans. GST or Goods and Services Tax is a value-added tax levied on most goods and services sold for domestic consumption.

Q 2. How many types of GST are there?

Ans. There are three types of GST:
Relevant Links