The Snow Leopard, alternatively called as the ‘ounce’, is a large member of the cat family native to the mountain ranges of Central and South Asia.

It is easily recognisable with its distinctive white fur that gives its eponymous name.

Characteristics of the Snow Leopard

The snow leopard’s fur is whitish to gray with black spots around its head and neck, while its belly is whitish. Its eyes are green or grey in color with domed forehead and short muzzle. It also has a bushy tail and a large nasal cavity.

The snow leopard is well known for its adaptation to living in cold, mountainous environments. It also comes with physical features such as small rounded ears to help minimize heat loss, broad paws to help walking in snow and fur on its underside for better grip and balance maintenance.

Its thick tail helps in maintaining balance in rocky terrain while the fat stored in it acts like a blanket to protect its face when it is asleep.

Further characteristics of the Snow Leopard is discussed in the table below:

Characteristics of a Snow Leopard

Behaviour and Hunting Traits of the Snow Leopard

Snow leopards are solitary animals, but do share common space at times.They are active at dawn until early morning then again in afternoons and early evenings. Their preferred resting spots are near cliffs and ridges.

Like other members of the cat family, the snow leopard uses scent marks to indicate their territories and travel routes.

The snow leopard is a carnivorous mammal that actively hunts its prey but also eats carrion should the opportunity arise. Its preferred prey species are Himalayan blue sheep, argail, markhor and wild goat. It also hunts smaller mammals such as pika and vole. The diet of the snow leopard varies according to its range, time of year and availability.

Conservation status of the Snow Leopard

The total population of snow leopards was believed to be 4080 to 6500 but another survey in 2016 pegged the population to be from 4678 to 8745 individuals. As such the snow leopard is listed as Vulnerable on the IUCN Red List as its global population is estimated to be less than 10,000 and its number is expected to decline further by 10% by 2040

The major threat to the snow leopard population is poaching and illegal trade in body parts along with habitat destruction due to global warming.

There are numerous conservation groups that are working towards the preservation of the snow leopard population. These groups focus on community programs in regions inhabited by snow leopards that educate the human population in understanding the big cats’ need as well as the importance of coexistence between man and animal. 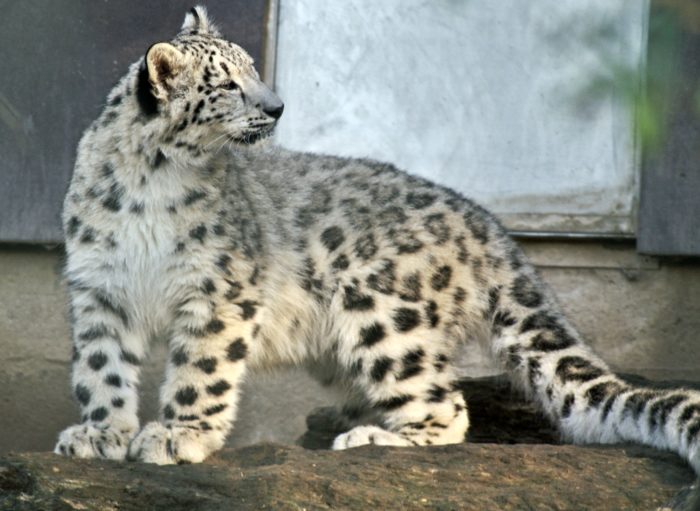 Some of the conservation programs are as follows:

How many snow leopards are there in captivity?

There are approximately 600 snow leopard living in zoos worldwide

Snow leopard attacks on humans are very rare with only two recorded instances. But there have been reports of conflicts when the big cats attack livestock.

What is Project Snow Leopard?

Project Snow was launched in 2009 to safeguard and conserve India’s unique natural heritage of high-altitude wildlife populations and their habitats by promoting conservation through participatory policies and actions.