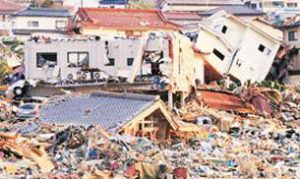 At 3:56 AM on 30 September 1993, a devastating earthquake struck Maharashtra chiefly affecting the districts of Latur and Osmanabad. Around 8000 people died and a further 16,000 were injured.