3. Panel for action against farmers using herbicides on GM mustard

3. The crossroads at the Doklam plateau

Context: The Indo-Bhutanese relationship amid the current stand off between Indian and Chinese Army

Past discussions on Doklam Plateau

Indian Government must give importance to Bhutan’s sovereignty

What is Thalassaemia, sickle cell anaemia?

Why the act should be amended?

What is ‘Food code’? 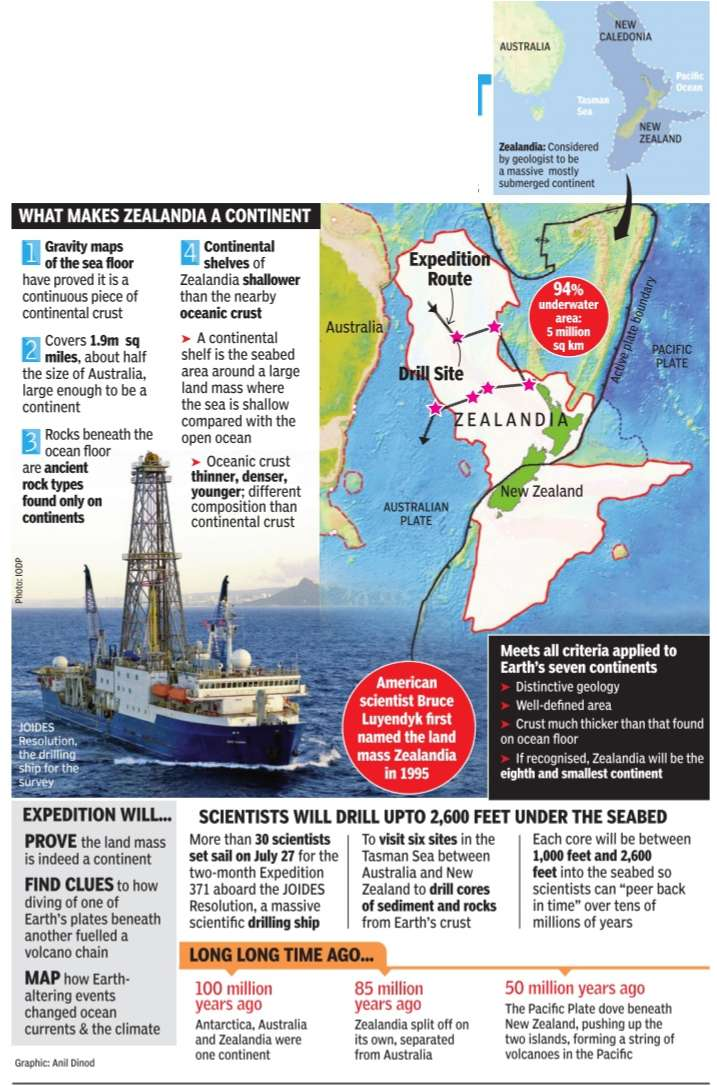 IN SEARCH OF THE 8TH CONTINENT

Earth’s hidden eighth continent should be shown on maps, scientists have argued. Now, an expedition will dive into a plate that lies beneath another deep under the Pacific Ocean to find the contours of the 94% submerged continent -Zealandia, all we see of which is New Zealand and a few islands.

Identify the incorrect statements from the options given below.

When a country faces serious medium-term balance of payments problems, International Monetary Fund assist the country with the adjustment process under its Extended Fund Facility.

India is the biggest producer, as well as the largest consumer and importer of pulses, but productivity is low. However, for 2016-17, there is a massive rebound in pulse production while Rabi pulses suggests harvest of 134 lakh tons (108 lakh tons), Kharif output is estimated at 87 lakhs tons (previous year 55 lakh tons) taking the annual total to a humungous 221 lakh tons (164 lakh tons).

The buran wind blows across eastern Asia, specifically Xinjiang, Siberia, and Kazakhstan. The buran takes two forms: in summer, it is a hot, dry wind, whipping up sandstorms; in winter, it is bitterly cold and often accompanied by blizzards.

Critically analyze the above viewpoints. On the basis of this analysis, what will be your advice to your friend?