Key Point: As the law stands today, the victims have no option even after approaching the police as there exists no provision in law to take action against the husband.

Myanmar’s Increased Engagement with the World

Why such a law is needed?

3. Oldest stars in our galaxy discovered

1. An app to get tiger numbers right 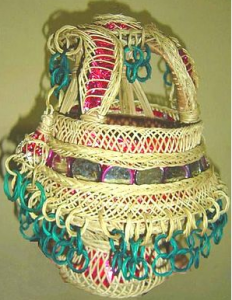 Money supply is defined as the stock of money in circulation among the public. So money lying with government, RBI and interbank deposits are not considered as money supply.

Delayed Payment Portal – MSME Samadhaan was lanched for empowering micro and small entrepreneurs across the country to directly register their cases relating to delayed payments by Central Ministries/Departments/CPSEs/State Governments.

The United Nations Environment Programme (UNEP) has announced that India will host next Convention on the Conservation of Migratory Species of Wild Species of Wild Animals (CMS) Conference of Parties 13 (CMS COP13) in year 2020. CMS COP is also known as a Global Wildlife Conference. The announcement was made during 12th Meeting of the Conference of the Parties 12 (COP12) to CMS held in Manila, Philippines in October 2017.

Green initiatives including use of renewable energy, shift towards electric traction, development of new locomotive technology, high speed rail traction system and development in generation of Solar/Wind power as well as use of energy in efficient ways.

In order to protect the rich aquatic biodiversity of river Ganga from escalating anthropogenic pressures, development of a Turtle sanctuary in Allahabad along with a River Biodiversity Park at Sangam have been approved under Namami Gange programme.