Main observation by Kerala High Court: The court, while condemning any kind of violence against couples of inter-faith marriages, said, “This is a free democratic country and once a person becomes a major, he or she can marry whoever he/she likes.”

What is the case all about?

3. Do all women have a right to enter Sabarimala?

How did the age bar start at Sabarimala temple?

View of the framers of constitution, judiciary, and international jurists

Not just about individual freedom

Impact of price control by India on various medical devices

The inflation outlook for the coming months

1. Air quality nosedives in spite of a quieter Deepavali

Possible reasons behind these steps

Extension of airstrip at INAS Baaz

Objective of “Pradhan Mantri Jan-Dhan Yojana (PMJDY)” is ensuring access to various financial services like availability of basic savings bank account, access to need based credit, remittances facility, insurance and pension to the excluded sections i.e. weaker sections & low income groups. This deep penetration at affordable cost is possible only with effective use of technology.

PMJDY is a National Mission on Financial Inclusion encompassing an integrated approach to bring about comprehensive financial inclusion of all the households in the country. The plan envisages universal access to banking facilities with at least one basic banking account for every household, financial literacy, access to credit, insurance and pension facility. In addition, the beneficiaries would get RuPay Debit card having inbuilt accident insurance cover of र 1 lakh. The plan also envisages channeling all Government benefits (from Centre / State / Local Body) to the beneficiaries accounts and pushing the Direct Benefits Transfer (DBT) scheme of the Union Government. The technological issues like poor connectivity, on-line transactions will be addressed. Mobile transactions through telecom operators and their established centres as Cash Out Points are also planned to be used for Financial Inclusion under the Scheme. Also an effort is being made to reach out to the youth of this country to participate in this Mission Mode Programme. 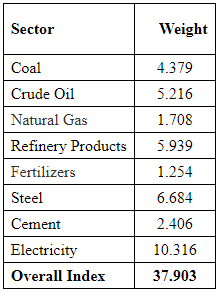 Golan Heights is in Syria. However, the western two-thirds of this region are currently occupied by Israel, whereas the eastern third is controlled by Syria.

Objective: The basic objective of this annual event is to intensify awareness generation on the importance of nutrition for health which has an impact on development, productivity, economic growth and ultimately National development.

Both are definitions of micro enterprise.