1. Six-month cooling period for granting divorce can be waived: SC

Section 13B: Divorce by mutual consent.

(1) Subject to the provisions of this Act a petition for dissolution of marriage by a decree of divorce may be presented to the district court by both the parties to a marriage together, whether such marriage was solemnised before or after the commencement of the Marriage Laws (Amendment) Act, 1976 (68 of 1976)*, on the ground that they have been living separately for a period of one year or more, that they have not been able to live together and that they have mutually agreed that the marriage should be dissolved.

(2) On the motion of both the parties made not earlier than six months after the date of the presentation of the petition referred to in sub-section (1) and not later than eighteen months after the said date, if the petition is not withdrawn in the meantime, the court shall, on being satisfied, after hearing the parties and after making such inquiry as it thinks fit, that a marriage has been solemnised and that the averments in the petition are true, pass a decree of divorce declaring the marriage to be dissolved with effect from the date of the decree.]

(i) The period of 6 to 18 months provided in section 13B is a period of interregnum which is intended to give time and opportunity to the parties to reflect on their move. In this transitional period the parties or either of them may have second thoughts;

(ii) The period of living separately for one year must be immediately preceding the presentation of petition. The expression living separately’ connotes not living like husband and wife. It has no reference to the place of living. The parties may live under the same roof and yet they may not be living as husband and wife. The parties should have no desire to perform marital obligations;

(iii) The period of six to eighteen months time is given in divorce by mutual consent as to give time and opportunity to the parties to reflect on their move and seek advice from relations and friends. Mutual consent should continue till the divorce decree is passed. The court should be satisfied about the bona fides and consent of the parties. If there is no consent at the time of enquiry the court gets no jurisdiction to make a decree for divorce. If the court is held to have the power to make a decree solely based on the initial petition, it negates the whole idea of mutuality. There can be unilateral withdrawal of consent. Held, that since consent of the wife was obtained by fraud and wife was not willing to consent, there could be unilateral withdrawal, of consent.

3. Chakmas to be made citizens

Govt. funds for the UAY projects

2. Why India needs a bullet train This would result in controlling HIV infection to sustainable limits by 2030.

People for the Ethical Treatment of Animals (PETA) 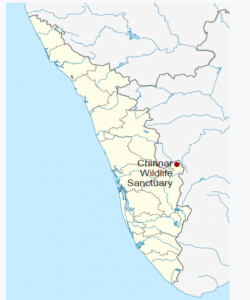 The Olympic flag has a white background, with five interlaced rings in the centre: blue, yellow, black, green and red. This design is symbolic; it represents the five continents of the world, united by Olympism, while the six colours are those that appear on all the national flags of the world at the present time