1. A fight against prejudice

2. Japan keen on friendship with northeast

Reason behind Japanese cooperation in the development of the region: 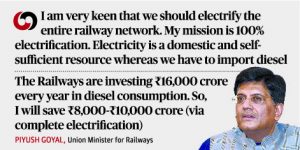 Causes behind the sluggish figures:

Reasons to the current slowdown

Which of the above statement/s are incorrect?