The Chief Minister of Delhi has announced that the Delhi Government has been given permission by the Centre to start clinical trials of plasma enrichment technique on COVID-19 patients who are critically ill.

This topic has been covered in detail in 11th April 2020 PIB Summary and Analysis. Click here to read.

The Uttar Pradesh Government has said that it has started pool testing COVID-19 samples in the State.

The head of the International Monetary Fund (IMF) has said that Britain should ask for an extension to its post-Brexit transition period to ease uncertainty at a time when the world economy is being hammered by the COVID-19 pandemic.

2. China may have conducted N-test: U.S.

The U.S. State Department, in a report, has said that China may have secretly set off low-level underground nuclear test explosions despite claiming to observe an international pact banning such blasts, a development that could fuel U.S.-Chinese tensions.

On the back of a normal monsoon forecast, the Agriculture Ministry is targeting a record foodgrain production of 298.3 million tonnes for 2020-21, higher than the 291.95 million tonnes estimated for 2019-20.

State Bank of India, the country’s largest lender, has decided to extend term loan facilities to non-banking finance companies (NBFCs) as well as other companies to help tide over the liquidity mismatch these entities are facing due to the nationwide lockdown.

The vast majority of migrant workers stranded in West Asia who are on subsistence wages are facing a tough situation in the wake of the COVID-19 pandemic. From the little information available, it appears that Indians are badly hit by the disease.

The COVID-19 pandemic has contributed to the understanding of the myriad ways in which available technologies have not been put to better use, and presented people with multiple opportunities to harness these devices, techniques and methods to get on with life in the time of lockdown. The Editorial explains how Telemedicine can help reach patients where access to medical care is difficult.

Telemedicine’s time is finally here. While unleashing the full potential of telemedicine to help people, experts and government agencies must be mindful of the possible inadequacies of the medium, and securing sensitive medical information; such cognisance should guide the use of the technology. Telemedicine system requires tough legal regulation to prevent unauthorized and illegal service providers in this sector.
Category: ECONOMY

1. A blueprint to revive the economy

The Editorial touches upon how saving lives and protecting livelihoods can be achieved through a smart lockdown and careful economic management. It gives the details of a carefully crafted economic proposal for consideration of the Indian government in the current situation where every sector of the economy in every nation has come to a screeching halt and the phrase ‘Greater Depression’, (being used by most of the economists) highlights the gravity of the humanitarian and economic crisis confronting the world today.

The Ministry of Home Affairs (MHA) has issued an advisory that Zoom video conference is not a safe platform.

2. China says no plans to limit export of anti-virus supplies

A government spokesman has clarified that China will not restrict exports of medical goods needed to fight the COVID-19 pandemic, amid global tension over scarce masks and ventilators.

Israel’s President has asked the Knesset to choose a new Prime Minister, giving Parliament three weeks to agree upon a leader or plunge the country into an unprecedented fourth consecutive election in just over a year.

The Treaty between the United States of America and the Russian Federation on Measures for the Further Reduction and Limitation of Strategic Offensive Arms is also known as the New START Treaty. New START restricted the United States and Russia to deploying no more than 1,550 nuclear warheads, the lowest level in decades, and limited the land- and submarine-based missiles and bombers that deliver them. The Treaty’s duration is ten years, unless superseded by a subsequent agreement. New START Treaty, entered into force on February 5, 2011 is due to expire in February, 2021. 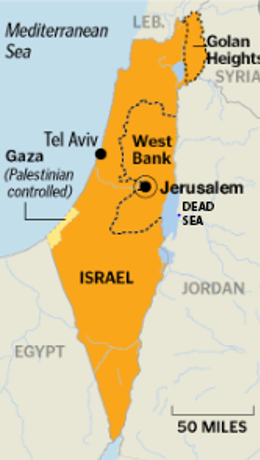 Ethanol, an anhydrous ethyl alcohol having chemical formula of C2H5OH, can be produced from sugarcane, maize, wheat, etc.  which are having high starch content. In India, ethanol is mainly produced from sugarcane molasses by fermentation process. Ethanol can be mixed with gasoline to form different blends. As the ethanol molecule contains oxygen, it allows the engine to more completely combust the fuel, resulting in fewer emissions and thereby reducing the occurrence of environmental pollution. Since ethanol is produced from plants that harness the power of the sun, ethanol is also considered as renewable fuel. At 95% purity, it is called rectified spirit and is used as the intoxicating ingredient in alcoholic beverages. At 99%-plus purity, ethanol is used for blending with petrol. Once blended, Ethanol cannot be separated from Petrol.

Russia, France and Britain – three of the world’s five internationally recognized nuclear powers – signed and ratified the Comprehensive Test Ban Treaty, which still requires ratification by 44 countries to become international law. China and the United States are among eight signatories that have not ratified it.