An analysis conducted by the Centre for Science and Environment (CSE) says that several packaged snacks and fast foods breached safe limits for salt and fat content. The CSE found that per 100 g, one packet of packaged nuts, soup or noodles had salt and fat well over the limit.

What are the limits as per the Recommended Dietary Allowance (RDA)?

2. Advisory for Gujarat model kicks up a row

At a time when obstetricians are fighting to bring down the incidence of post-partum haemorrhage (PPH), the leading cause of maternal mortality in India, a recent advisory issued by the Union Health Ministry to States to adopt the Gujarat model of “non-interventional approach during the final stages of labour” as the best obstetric practice has kicked up a storm. 1. Govt. aims to provide broadband access to all villages by 2022

The government has announced a new ‘mission’ aimed at providing broadband access to all villages by 2022, entailing an investment of around Rs. 7 lakh crore from various stakeholders.

This topic has been covered in 17th December PIB Summary and Analysis. Click here to read.

1. Limit deputation of IPS officers in paramilitary at 25%: RS panel

The Central Armed Police Forces (CAPF) refer to the uniform nomenclature of security forces in India under the authority of the Ministry of Home Affairs. The seven security forces under CAPF are as follows:

1. Bearing the brunt of slack laws

The tweaking of labour laws on safety and the minimum wage has left a large section of workers in India without rights.

Out of reach laws:

The retreat of the state:

Increasing power to the employers:

Problems associated with the informal sector:

A study from Tamil Nadu:

Non-recognition of the problem:

1. Justice for the Rohingya

Hearings at the International Court of Justice (ICJ) on the issue of Myanmar’s Rohingya Muslims.

Support for the Case:

Limited Outcome of the Case:

Failure to take up responsibility:

1. Left to the whims of the executive

Power to the Executive:

Lack of a defined authority: 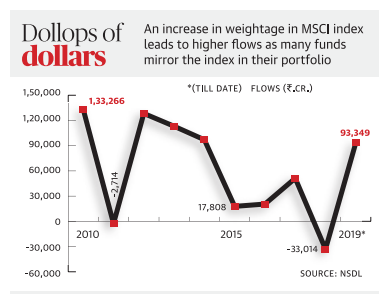 Red Octagon is a warning symbol employed in packaged foods in Chile and Peru. It has a number and the name of the food component within that indicates how widely off the RDA a particular ingredient is. Centre for Science and Environment (CSE) has concluded that, in India, all of the popular snacks and fast foods should display a ‘Red Octagon’ on the front of the pack.

The Missile Technology Control Regime (MTCR) is a multilateral export control regime. It is an informal political understanding among 35 member states that seeks to limit the proliferation of missiles and missile technology. India has become the 35th member of the Missile Technology Control Regime (MTCR) in June 2016. The MTCR membership will enable India to buy high-end missile technology.