The BrahMos Missile of the Indian Armed forces is a supersonic cruise missile developed by the DRDO and Russia’s NPO Mashinostroyeniya (NPOM). The UPSC Syllabus for GS-3 includes an important and dynamic section on defence technologies. The Union Public Service Commission has asked several questions related to the missile launch, its type, etc earlier. In this article, we will discuss in detail about the BrahMos Missile and its features.

Candidates who are preparing for the UPSC 2023 exam should be aware of different defence technologies that have been in the news recently. 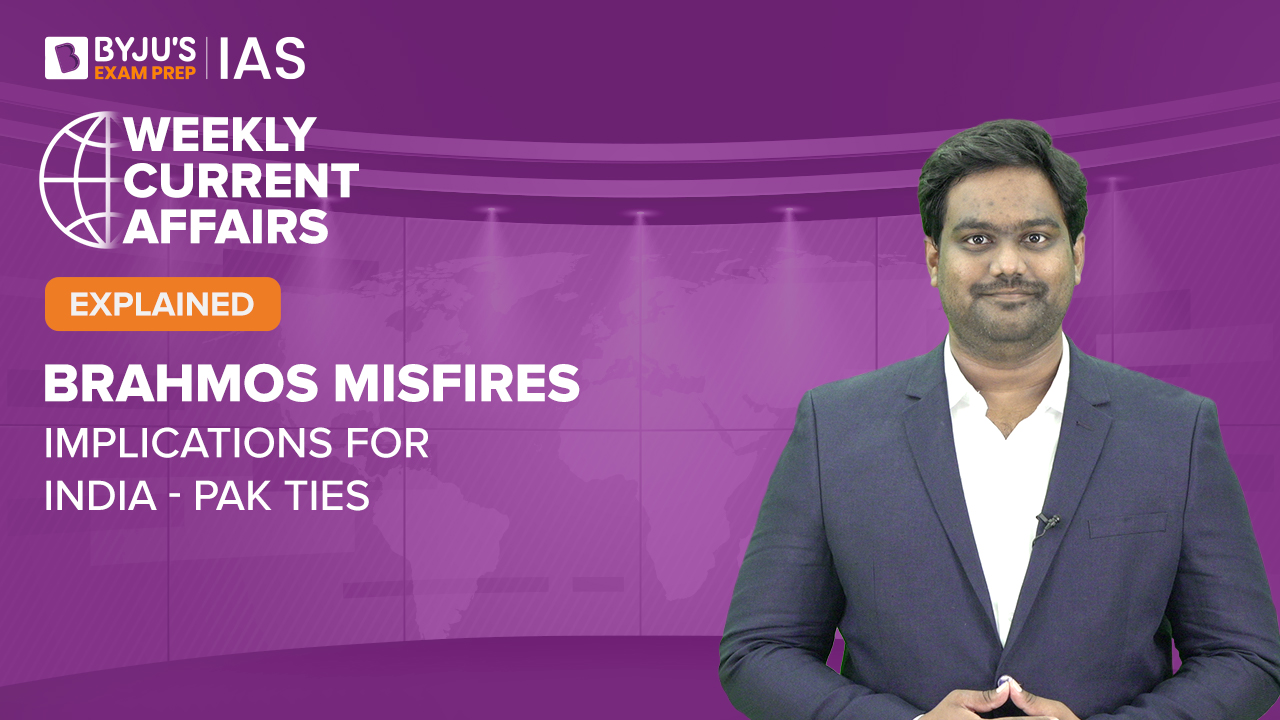 The BrahMos is a ramjet supersonic cruise missile of a short-range developed by the Defence Research and Development Organisation (DRDO) and the Russian Federation’s NPO Mashinostroyeniya (NPOM). It is named after two major rivers of India and Russia: Brahmaputra and Moskva.

The technology used in this joint venture is based on the Russian P-800 Oniks cruise missile and similar sea-skimming cruise missiles from Russia.

The BrahMos supersonic cruise missile was first tested on June 12, 2001 at Chandipur in Odisha. Since then it has been upgraded many times across various platforms, that is, the sea, land and air. When compared to subsonic cruise missiles, BrahMos has three times the speed, 2.5 times flight range and higher range.

BrahMos is a medium-range 2 stage missile. The propulsion of BrahMos can be explained as follows:

BrahMos Recently in the News

Is BrahMos the fastest Cruise missile?

With a carrying capacity of 250-300 kgs, the BrahMos missile is capable of carrying a regular warhead as well as a nuclear warhead.

Can BrahMos missile be intercepted?

The syllabus of the UPSC Prelims exam for general subjects like History, Geography, Economics, Polity, General sciences and CSAT (aptitude) is well defined. However, the IAS current affairs segment which is undefined and dynamic is emerging as an unpredictable part of the UPSC exam. In this context, candidates have to concentrate on both the static and the current affairs areas. In this regard candidates can refer to the links given in the table below:

For more UPSC related preparation materials and articles, visit the links given in the table below. You can familiarise yourself with the exam pattern by visiting the  UPSC Syllabus: