Difference Between Antivirus and Firewall

In the realm of cybersecurity, Antivirus and Firewall are two words used interchangeably. Both are used to protect the hardware and software of a computer system.

Yet there are fundamental differences between a firewall and antivirus software

For one, a firewall is a hardware and software-based security system designed to protect and monitor both a private internet network and a computer system. While antivirus is a software program that detects and eliminates any threats that will destroy a computer system.

Aspirants can find more Difference Between Articles, by visiting the linked page. 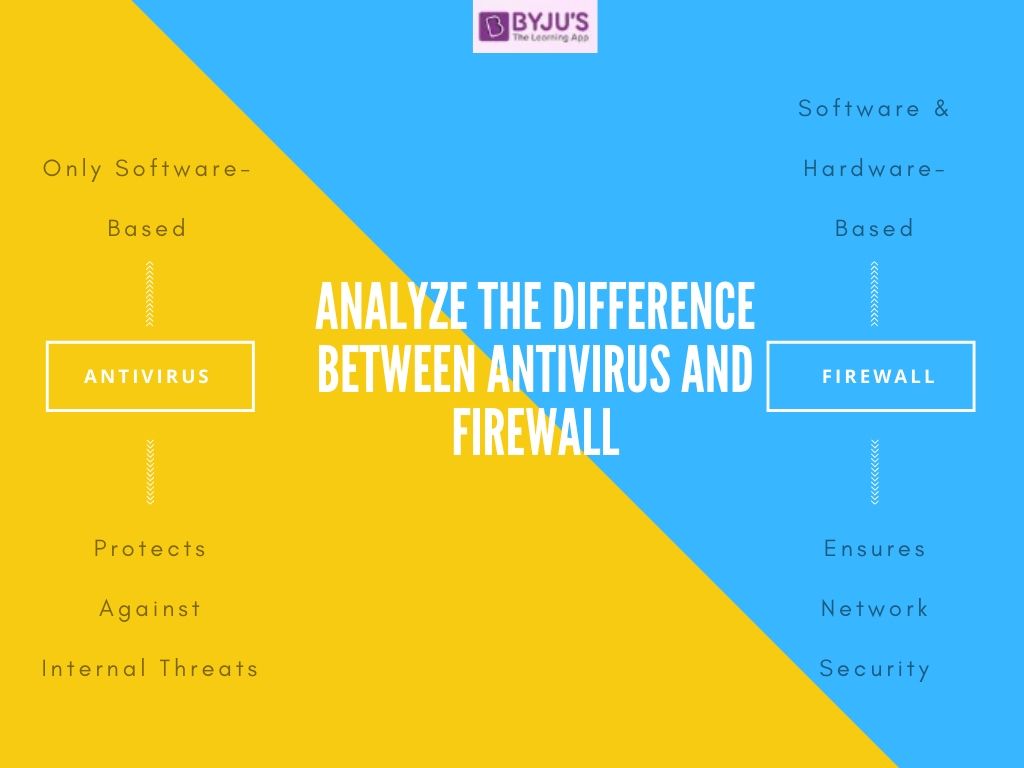 Differences between Firewall and Antivirus

Antivirus and Firewalls are recurring concepts in the Science and Technology segment of the UPSC Exams. Aspirants can refer to the links given below for more study materials related to this segment and other allied articles:

Why are antivirus software and firewalls needed?

While antivirus software helps to protect the file system against unwanted programs, a firewall helps to keep attackers or external threats from getting access to your system in the first place.

Why is antivirus important?

Antivirus detects or recognizes the virus, and then after detecting the presence of the virus, it works on removing it from the computer system. Antivirus software works as a prophylactic so that it not only eliminates a virus but also prevents any potential virus from infecting your computer in the future.